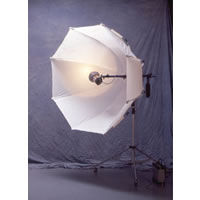 JUMBRELLA follows the axiom that "bigger is better". Again, a portable, easily assembled, easily transported design by Gary Regester. Much more than a BIG umbrella, Jumbrella is also a giant graduated ring light, or a 3D silk or the largest Chinese lantern on the block - we have yet to learn all the various ways you can use this new tool.

There are several ways to use this Jumbrella:

1.  As a giant umbrella, position the telescoping boom and light spigot as you wish - either to fill the umbrella with even light or to direct the light only one part or half of the Jumbrella allowing the remaining surface to act as a concave graduating reflector - with your camera position is front of Jumbrella , you have created a giant attenuated ring light on your subject.

3.  Retract the central boom and use multiple light sources on extra lightstands to simply increase total light output from a single soft source or to use different types of light sources - say, flash with HMI or tungsten for stop / blur effects from the same source of diffusion.

4.  Exchange the black / silver cover for the TRANSLUCENT cover. The translucent Jumbrella is a very new and unique tool - for the first time, an image maker is able to mimic natural sky cover by lighting an edge of the resulting dome from the outside with a separate light on a separate light stand - a 3D silk!

5.  Invert the translucent Jumbrella into a hemispheric translucent "bowl" or "Chinese lantern" which, when used with an "open faced" light source (HMI, incandescent or flash) will create a soft 360° hemisphere of light. Such light control of this size and shape has never been available before.

All Jumbrellas feature a patented tensioned "tent" frame whose folding spokes hinge back at their mid-point to reduce total travel size to that similar to a golf bag or slightly longer. A carry bag is included. 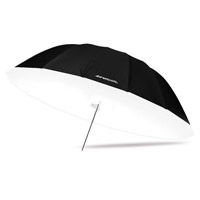 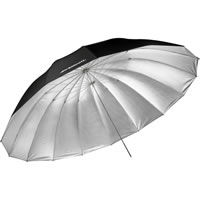 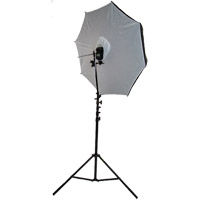 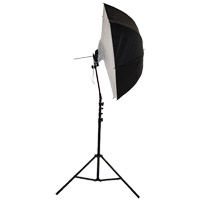 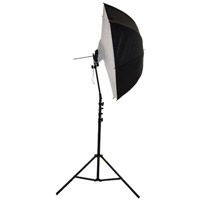 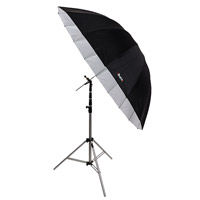 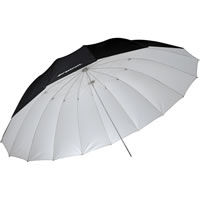 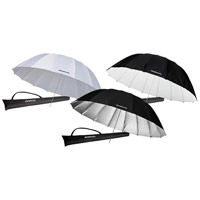 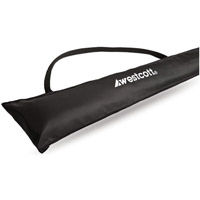 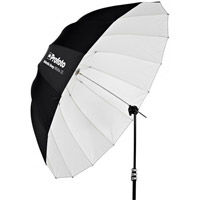 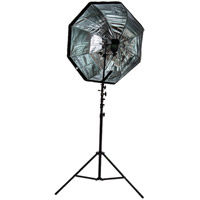 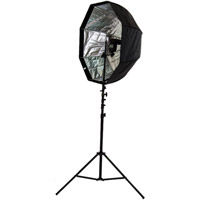