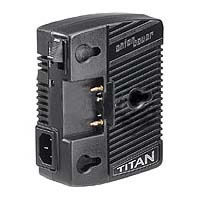 Anton Bauer Tandem 70 70 Watt Gold Mount C...
$1,009.99 Add to Cart Add to Cart
Add to Wishlist
FREE SHIPPING Available
Web Availability: Special Order
This product will be Special Ordered just for you from the manufacturer. We do not stock this item due to its uniqueness or import schedule. Special Order items are Final Sale, see our Return Policy for details.
Vistek Locations Please call and verify availability at the store as stock changes daily.

A new approach to portable power, TITAN combines all the functionality of a one position InterActive® charger with the convenience of a noise free camera mounted wide range AC mains adapter. TITAN will power even the most power hungry high definition camera from any worldwide AC source. It also doubles as a full function InterActive Charger charging any Anton/Bauer Gold Mount battery in two hours or less. Weighing only one pound (.450 grams) the TITAN 70 is the perfect addition to any field camera and a lightweight mains adapter and a high performance charger. Meets all applicable regulatory requirements including CE and FCC.

• InterActive
The TITAN 70 incorporates the exclusive InterActive communication between the battery and charger, which allows the charger to identify any Anton Bauer battery attached and determine the precise charge routine for that particular battery under its present condition.

• Three Stage Charging
In general, the TITAN 70 utilizes a Three-Stage Charge Routine for each battery.
Stage One
Delivers a high rate charge matched to the batteries capabilities. During this stage, six separate cutoff methods are in operation, simultaneously, ensuring the fastest, safest charge for that battery:
TCO - Temperature cutoff which stops the stage one charge precisely when the internal temperature of the battery indicates a full charge.
Dt/dT - A microprocessor based algorithm which measures a rise in temperature over a specific time, very accurately indicating a full charge.
-deltaV - A method to determine the end of stage one charging by identifying the "reverse slope" of a NiCd cell.
CCO - Determines the max charge time for the battery and uses this information to ensure that overcharge conditions are avoided.
FUL - The Digital battery communicates its fully charged condition and the charger confirms the parameters and immediately indicates a fully charged condition, without further verification.
Temp Compensated VCO - Optimizes VCO cutoff to operate only within certain temperature parameters.
Stage Two
Balances or "equalizes" any imbalance of the batteries cells, created by unequal self discharge.
Stage Three
Charging is Anton Bauers exclusive LifeSaver maintenance mode. This patented pulse routine keeps the battery fully charged, free from self-discharge indefinitely without damaging heat associated with a "trickle-charge".

• DC Power Supply
The TITAN 70 will automatically operate as an AC adaptor once the cameras or other device is switched on. An On/Off switch is not incorporated into the power supply (a green LED will light, indicating that the unit is operating as a power supply). 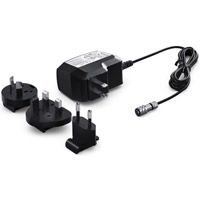 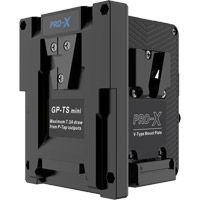 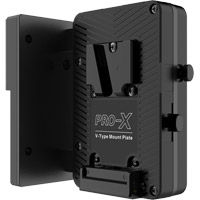 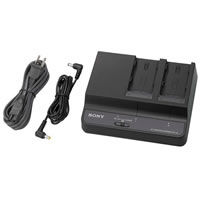 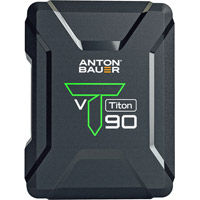 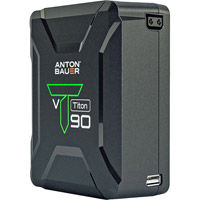 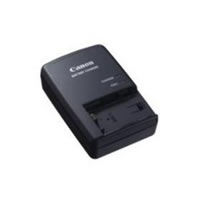 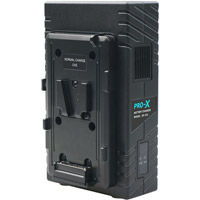 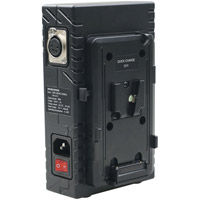 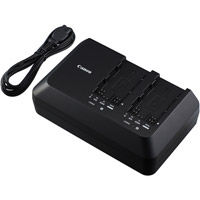 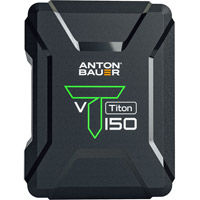 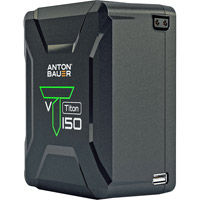