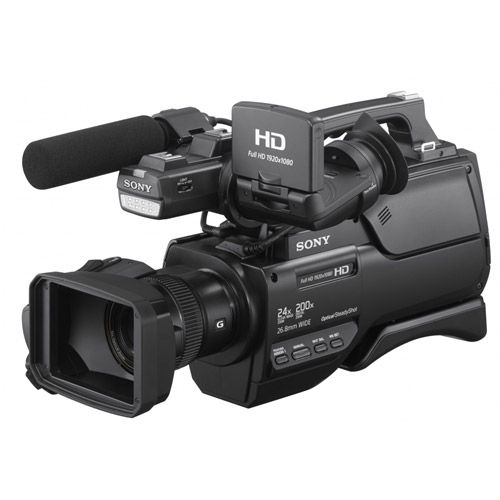 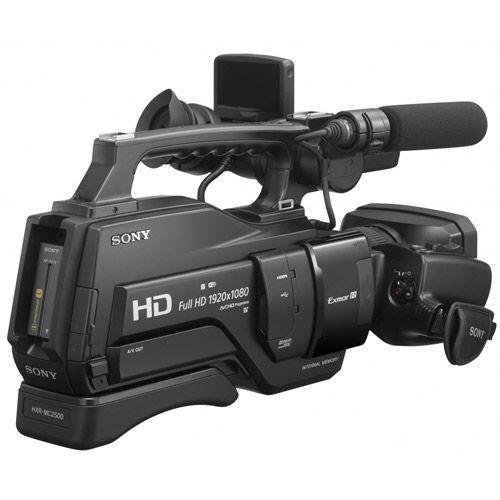 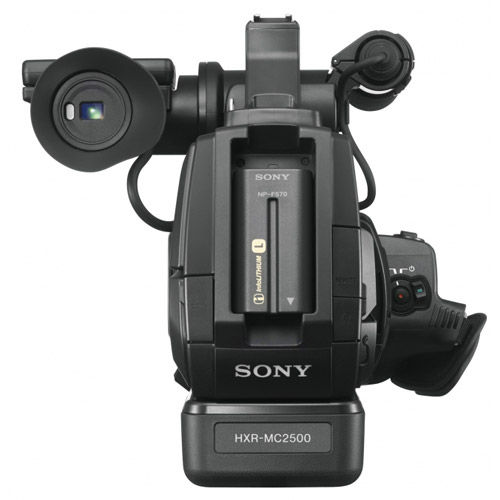 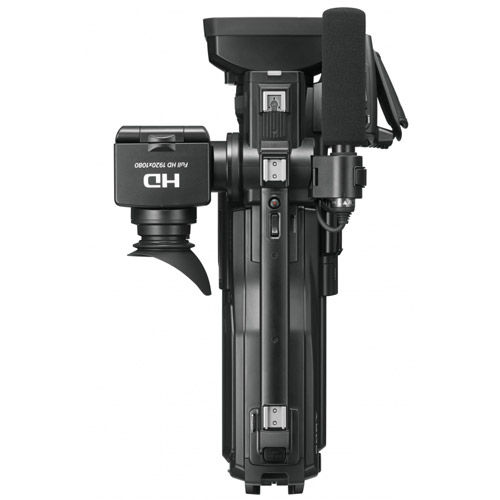 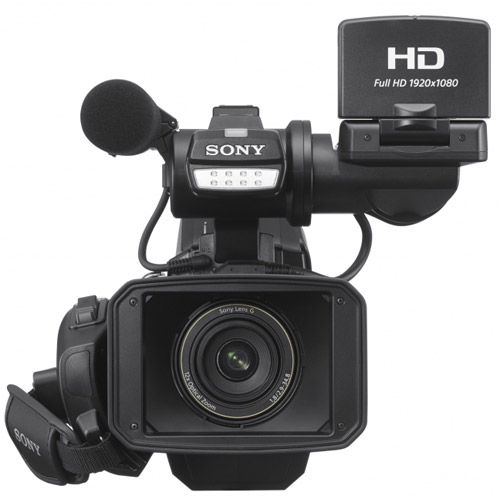 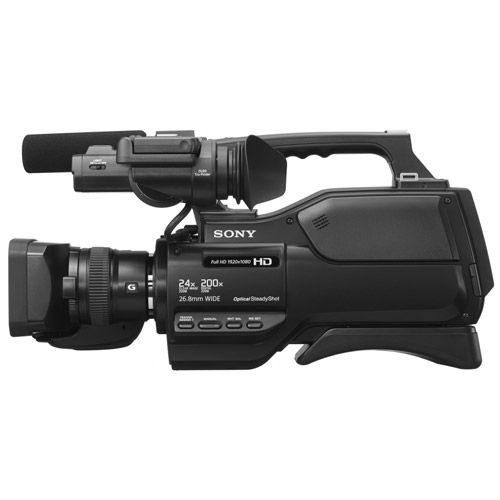 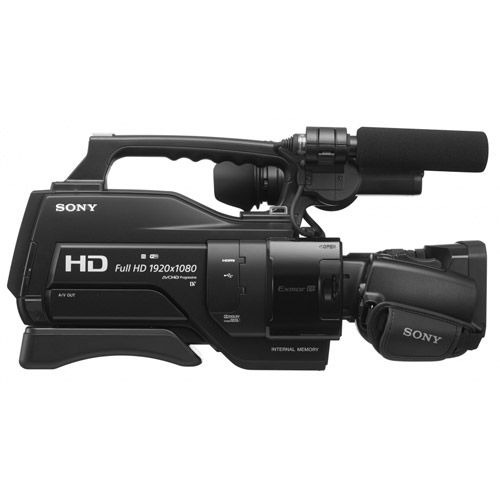 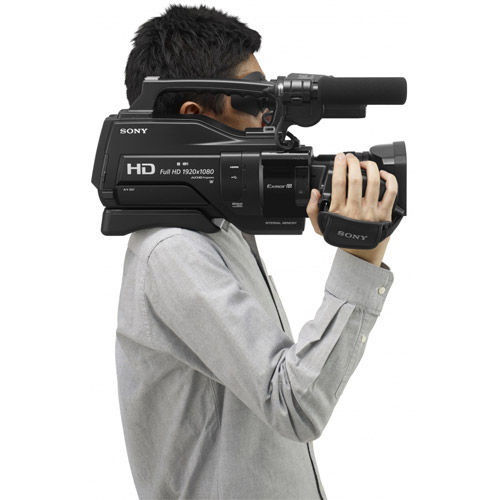 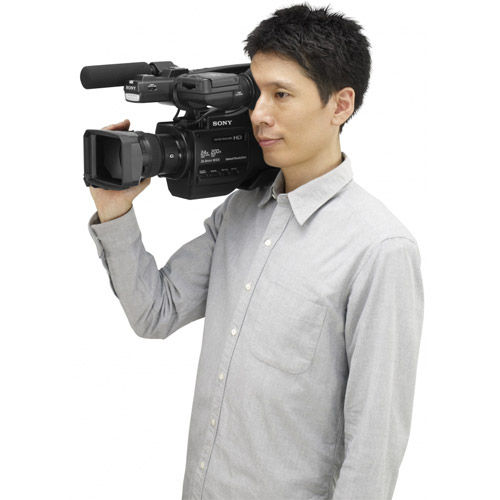 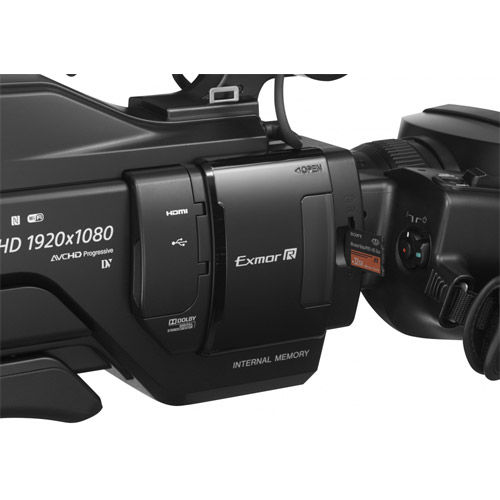 Sony HXR-MC2500 Shoulder Mount AVCH...
$1,749.99 Add to Cart Add to Cart
Add to Wishlist
Web Availability: Special Order
This product will be Special Ordered just for you from the manufacturer. We do not stock this item due to its uniqueness or import schedule. Special Order items are Final Sale, see our Return Policy for details.
Vistek Locations Please call and verify availability at the store as stock changes daily.
Lease this for: $71.05 Learn More

The HXR-MC2500 provides a professional look and shooting style which is ideal for weddings, corporate communications or education facilities. While light and easily portable, its full Shoulder Mount design means your clients immediately know you mean business.

Workflow flexibility is enhanced by the ability to record directly onto a removable memory card or a 32GB internal flash memory in High Definition or Standard Definition. With this combination of the internal flash memory and memory card allows recording functions such as “Relay” and “Simultaneous” are available. When Sony’s L-Series InfoLithium battery NP-F970 (optional) is used, the HXR-MC2500 is capable of continuous long recording of up to 14 hours– perfect for those occasions where you don’t want to stop recording, such as weddings or business conferences.

The HXR-MC2500 is designed to be the ideal, entry-level match for almost any type of non-linear workflow. It’s an exceptionally cost-effective production package for DVD or Blu-ray content, one that’s flexible enough to express your creative ideas and meet your client’s requirements.

Wide-angle G Lens
The HXR-MC2500 comes equipped with a sophisticated G Lens that incorporates Sony's unique optical design technology and quality control, delivering exceptional performance on a par with some of the best lenses in the industry.

The HXR-MC2500E itself is optimised to perfectly complement the G Lens with an advanced image sensor and Sony’s famous image processing technology. This improves picture performance whether zooming in on the action, or getting a perspective on the big picture with a 26.8mm* lens offering the widest angles in this class of camera, which enables wide-angle shooting even in tight spaces.
*35mm or equivalent

Optical SteadyShot with Active Mode
This feature ensures smooth movement while recording footage in many challenging shooting situations. In addition, Sony’s innovative 3-Way Shake-Cancelling technology adds electronic roll stability for even smoother video capture. This latest version of image stabilisation technology realizes images that are up to 10x steadier for wide angle shooting than conventional Optical SteadyShot images. As the user zooms in, an intelligent digital image stabiliser starts to blend in and work together with its optical counterpart to effectively reduce camera shake. This technology also reduces shake in the rolling direction that commonly occurs when shooting while walking.

Wi-Fi/NFC functions for seamless connection to smartphones
The HXR-MC2500 can connect to mobile devices such as smartphones or tablets via a Wi-Fi connection, enabling monitoring and remote control functions such as start/stop recording, zoom control, iris control and touch auto focus. Furthermore, it is also NFC-capable (Near Field Communications) to allow easy, one-touch wireless connections to compatible mobile devices

Multi-Interface (MI) Shoe
The MI Shoe expands your options to use accessories without cables, such as the UWP-D11 wireless microphone receiver and XLR audio input by XLR adapter.

Manual Lens Ring with Assignable Parameters
Using the assignable lens ring, users can manually adjust key parameters like Focus, White Balance, Exposure, AE Shift, Iris priority and Shutter Speed priority. Users can control the G Lens iris to create an out-of-focus effect in the foreground or background. Shutter-speed can also be controlled to create special effects, such as the flowing motion of a waterfall or bird wings in flight etc.

When Sony’s L-Series InfoLithium battery NP-F970 (optional) is used, the HXR-MC2500 is capable of continuous long recording of up to 14 hours. This is a critical feature for important occasions where operators may not have the luxury to stop the camera, such as during the filming of wedding ceremonies or other live events.

Ergonomic Handle & Controls
The ergonomically designed handle contains a convenient record button and zoom control, essential for low position shooting. There are also cold shoes on the front and rear of the handle, which allow for the attachment of two different types of accessories.

Additional professional features
A BNC Composite Terminal enables use of BNC cables for a professional secure connection, which prevents cable disconnect during critical shooting occasions such as live recording. 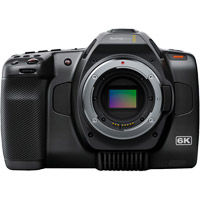 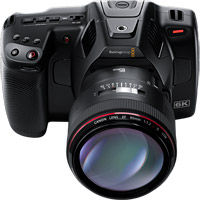 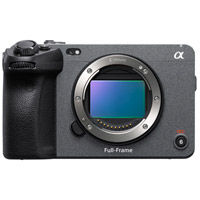 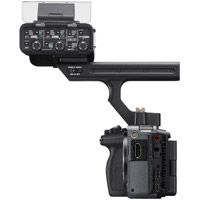 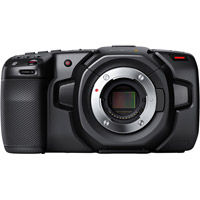 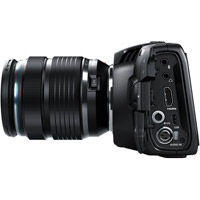 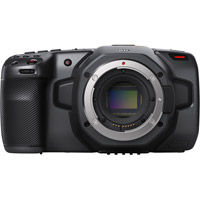 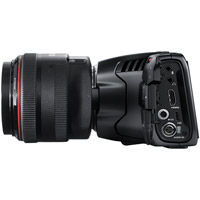 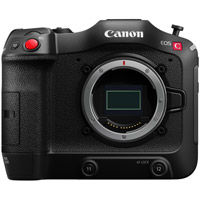 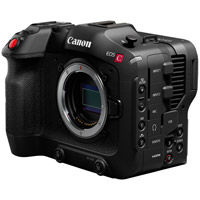 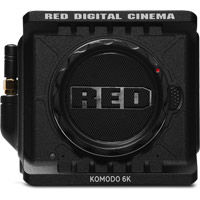 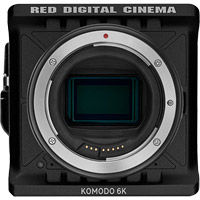 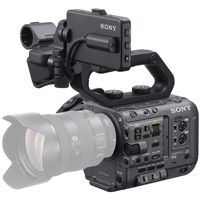 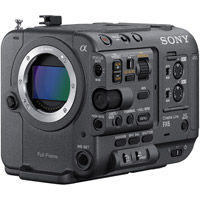 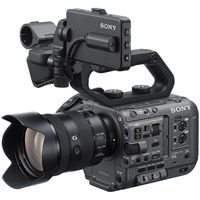 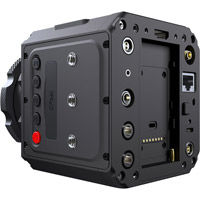