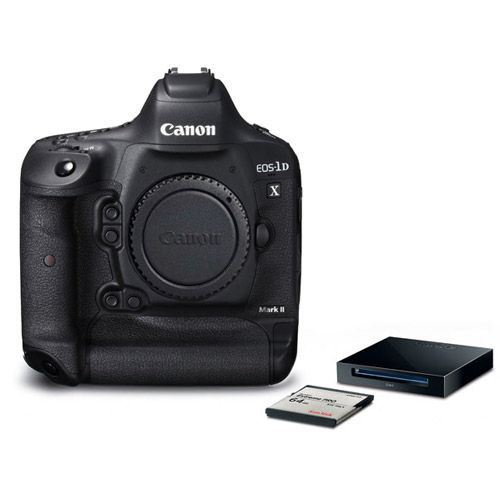 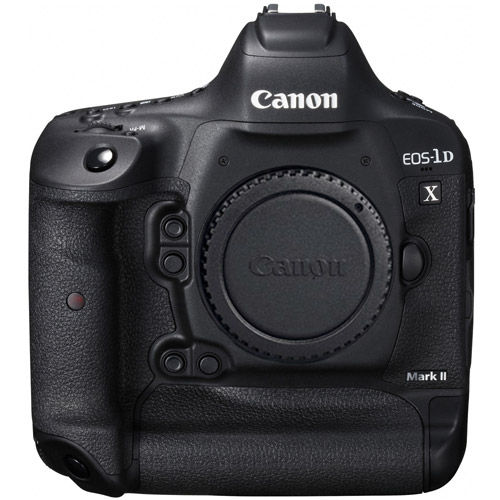 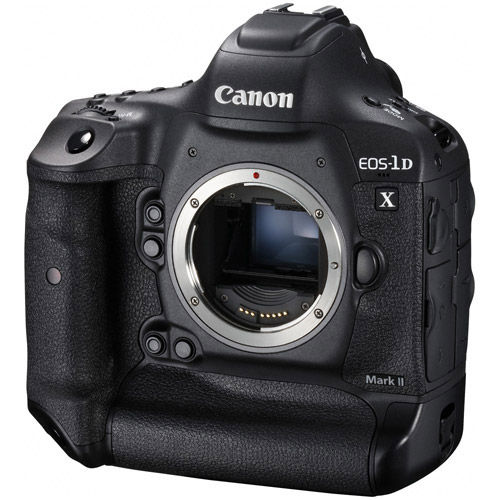 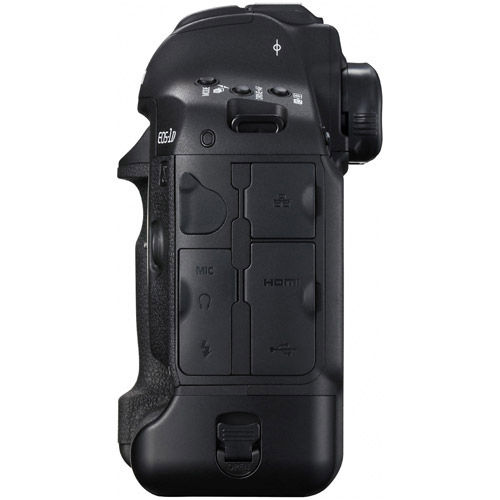 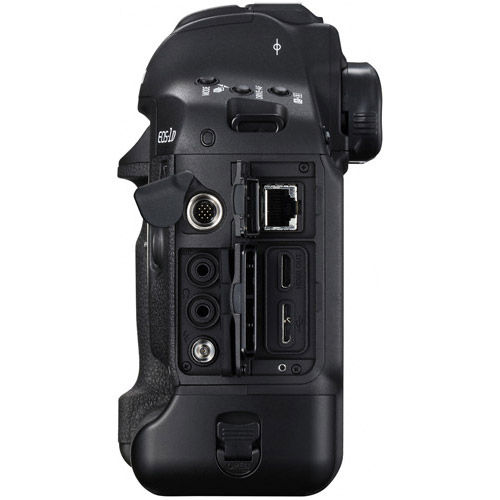 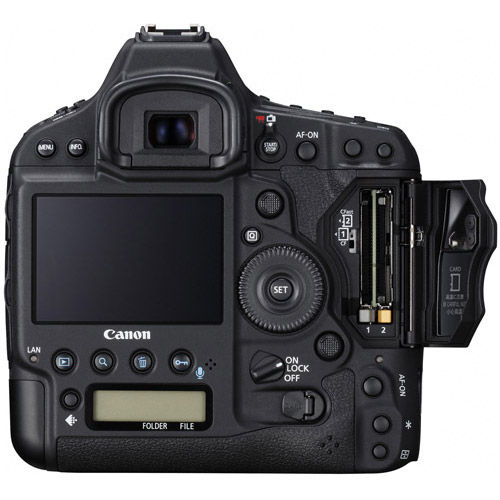 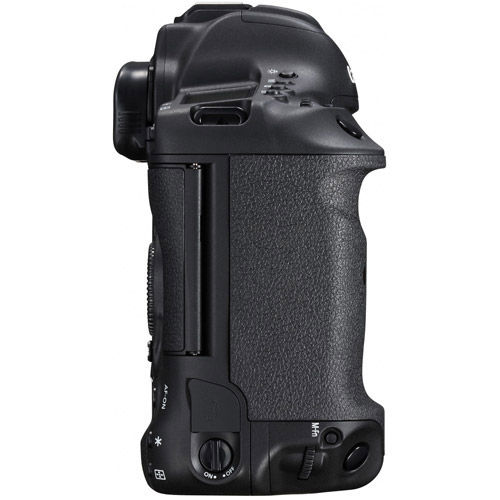 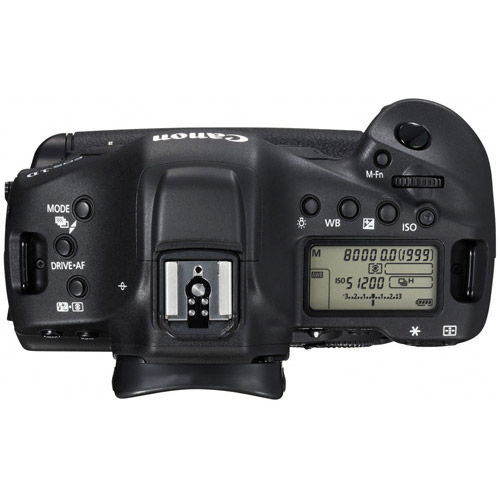 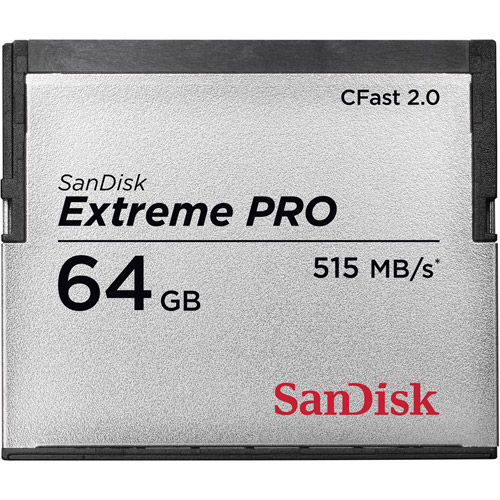 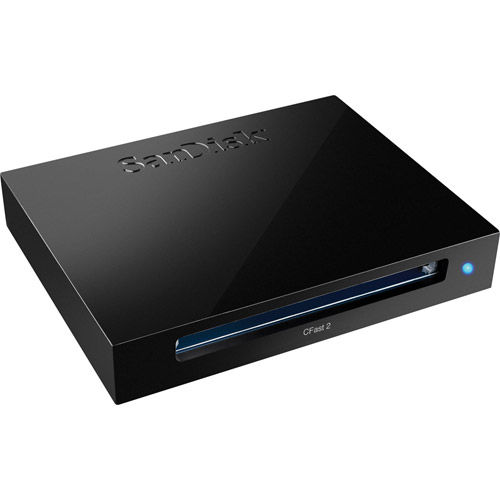 This item is unavailble

A remarkable combination of innovation and refinement.

The new EOS-1D X Mark II camera is nothing but legendary every step of the way. Building on a heritage of sophisticated innovation, the EOS-1D X Mark II is blazingly fast. Up to 14 fps* (up to 16 fps* in Live View mode) can be captured at a burst rate of up to 170 RAWs with a CFast™ card, and an improved 61-point AF system helps deliver clean, sharp images quickly, even in dim light. This remarkable speed means faster recording too: 4K video can be recorded at up to 60 fps with smooth AF and strikingly clear detail. Combined with superb low-light performance thanks to its powerful sensor and expandable ISO range, the EOS-1D X Mark II performs brilliantly, swiftly and stunningly no matter when or where the photographer is shooting. From the stadium, safari or studio to virtually everywhere in between, the EOS-1D X Mark II maintains and enhances all the hallmarks of what Canon has to offer, marking a new page in the legacy of the EOS series of cameras.

Delivering outstanding performance at speeds of up to 14 fps*, and up to 16 fps* in Live View, the EOS-1D X Mark II camera is loaded with technologies that help facilitate speedy operation at every step of image capture. The EOS-1D X Mark II features a new mirror mechanism designed for highly precise operation with reduced vibration even at incredibly fast speeds. The shutter unit is rated for 400,000 frames and captures at up to 16 fps*, while the CMOS sensor has high-speed signal reading that enables speedy image capture. A fast AF/AE system, Dual DIGIC 6+ Image Processors and high-speed recording with its new CFast™ card slot helps ensure that camera operations are performed quickly and precisely.

The EOS-1D X Mark II camera incorporates a number of significant improvements to help deliver highly precise, reliable AF and AF tracking, both faster and available in more situations. It features a new 61-point High Density Reticular AF II system with 41 cross-type points that expands the AF area approximately 8.6% in the top and bottom of the central AF area, and approximately 24% at the top and bottom of the peripheral frame. A wider subject tracking area improves the AF system so that challenging focus tracking in scenes with sudden changes of speed and subject position is easier than ever. The AF system's low-intensity limit has been improved to EV -3 and all 61 AF points are compatible down to f/8* for excellent low-light performance. The EOS-1D X Mark II's AF algorithm has also been improved: it's equipped with AI Servo AF III+, which remembers the AF path and helps refine precision. Whether choosing individual AF points manually, using the Large Zone AF area or any of the camera's automatic AF selection modes, the EOS-1D X Mark II is designed to exceed users' expectations for high-precision AF. 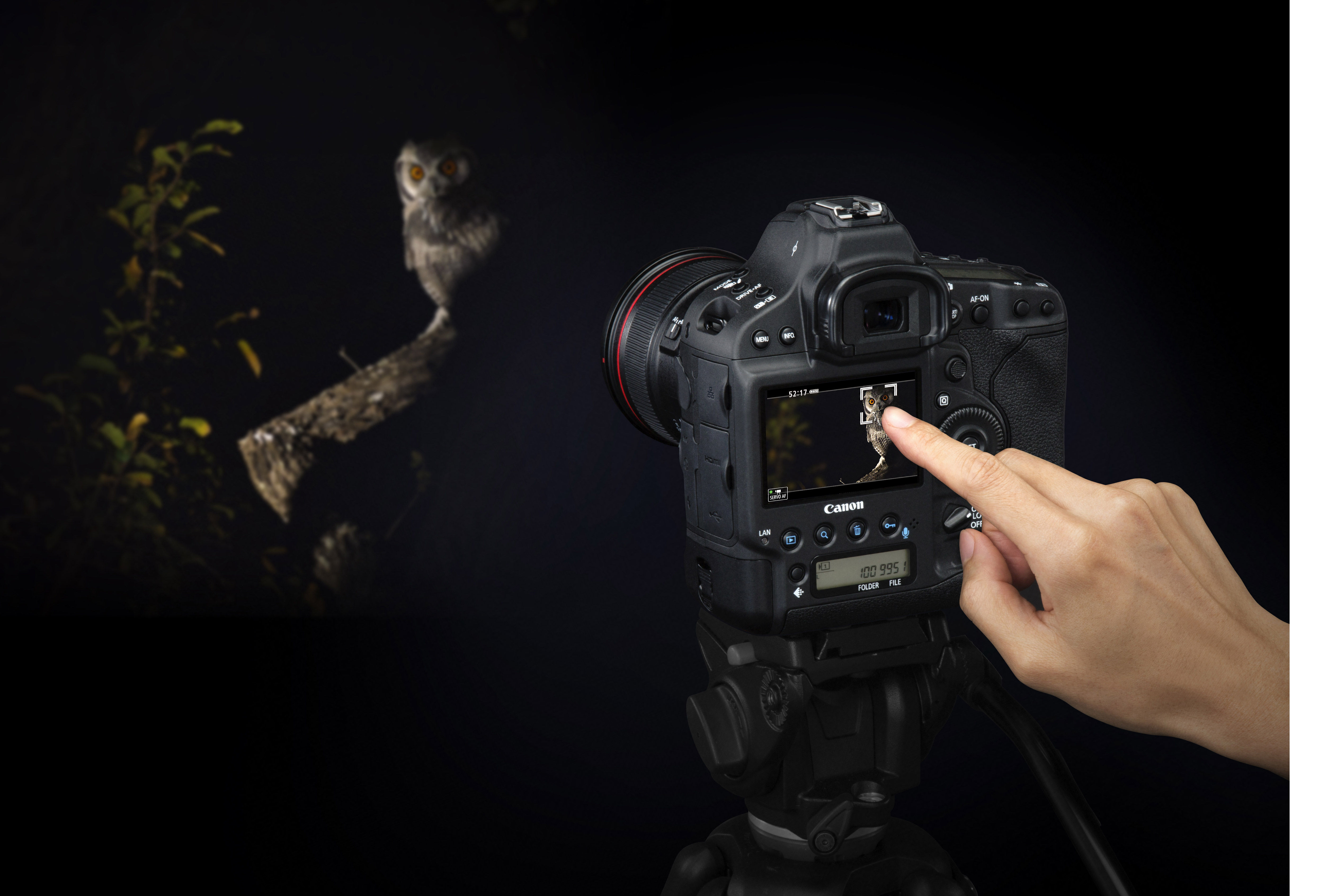 Its new touchscreen function allows AF point switching and image magnification during Live View shooting and movie shooting, providing convenient operation. The LCD monitor can be ideal for reviewing settings and images, as well as for shooting in Live View mode. In Live View, grid lines can be displayed in 9 sections, 24 sections or 9 sections with diagonals, as well as the dual-axis electronic level, which helps ensure accurate level by displaying both roll and pitch in 1-degree increments. For image review, the EOS-1D X Mark II has a dedicated Magnify/Reduce button. While pressing the button, zooming in or out (up to 10x) is achieved simply by turning the Main Dial. Images can be protected or erased quickly, individually or in batches, and slideshows can be created with some or all images and can be sequenced by date, folders, movies, stills, protection or rating.

The EOS-1D X Mark II camera delivers high standard and expanded ISOs, and a score of options to enhance shooting in varied and fast-changing lighting situations. With a standard range of ISO 100-51200, the EOS-1D X Mark II is incredibly sensitive, and thanks to a high signal-to-noise ratio as well as powerful noise reduction, the EOS-1D X Mark II can shoot at expanded sensitivities down to ISO 50 (L) and up to 102400 (H1), 204800 (H2) and even 409600 (H3)! Beyond the obvious advantages of its wide ISO range, the EOS-1D X Mark II has automatic ISO settings, found on the dedicated ISO menu. Minimum and maximum ISO settings can be specified, as can a user-defined range, plus full auto and manual. 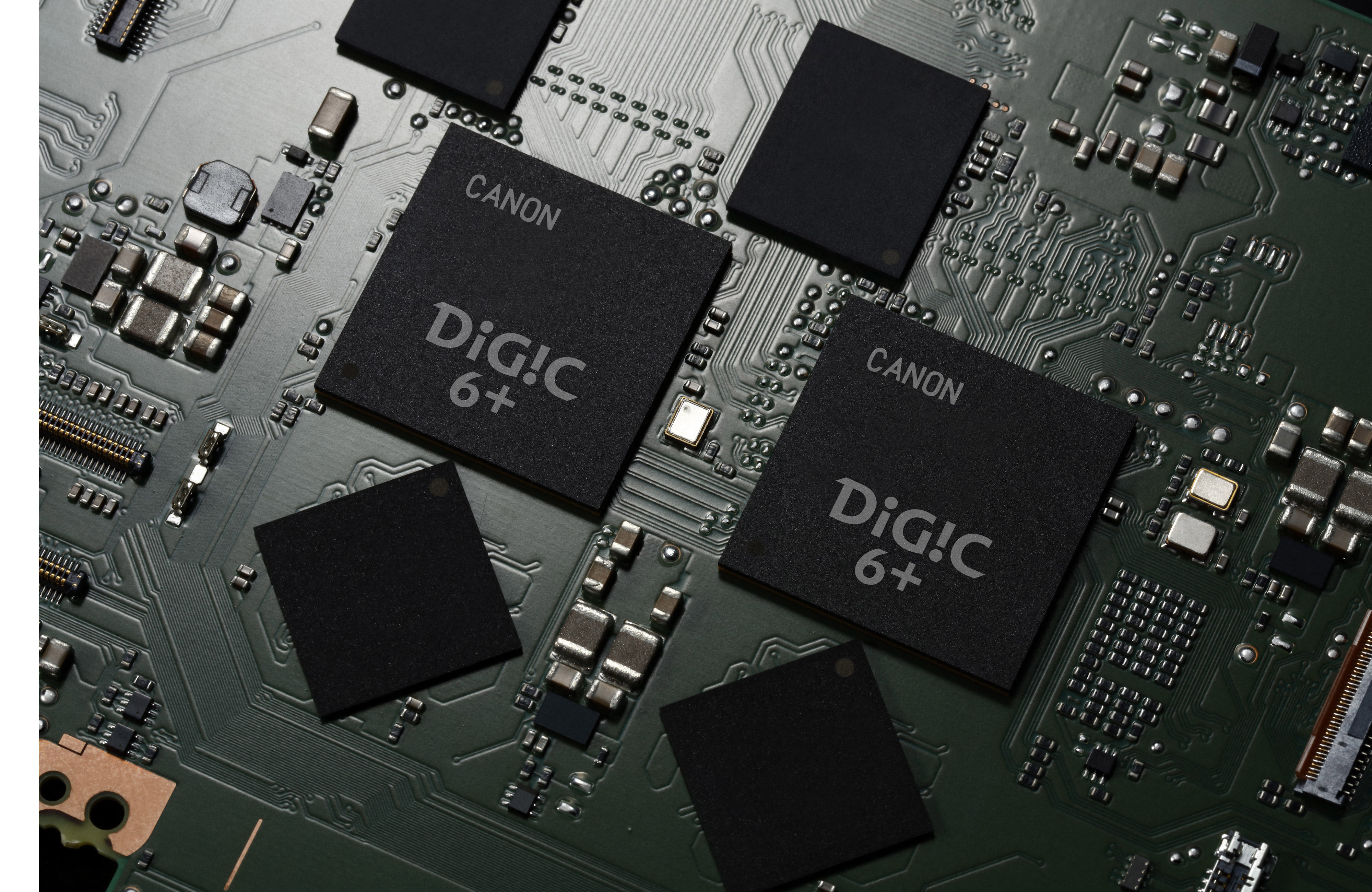 Key to the performance benchmarks achieved by the EOS-1D X Mark II camera, Dual DIGIC 6+ Image Processors not only convert the light that passes through the camera's sensor into high-quality photos and movies, but also enhance the camera's overall performance. Improvements include high-speed processing, up to 16-fps* operation for stills and 4K/60p movies, lens distortion and diffraction correction during operation with virtually no effect on the camera's speed, plus fast write times and much more.

The EOS-1D X Mark II camera features a new Intelligent Viewfinder II for convenient composition and setting changes without taking an eye off the subject at hand. The camera's viewfinder can show significantly more information in the LCD display and presents AF points in red, increasing visibility in dark locations where AF is typically difficult and in situations where the ambient light makes the AF frame difficult to see. Features like the electronic level, a grid, flicker detection, white balance, metering mode, AF information and more can be glanced at easily without drawing attention away from the subject.

The EOS-1D X Mark II camera has an amazingly advanced 360,000-pixel RGB+IR metering sensor and processor that greatly contribute to the camera's impressive AF performance for both stills and video. Thanks to a high resolution and infrared sensitivity combined with a refined detection algorithm, this new sensor improves the color and shape recognition of the EOS-1D X Mark II's iSA (Intelligent Subject Analysis) system, increasing the camera's ability to recognize subjects for faster, more precise AF, metering and exposure compensation. This additional exposure and subject information also helps the EOS-1D X Mark II's iTR (Intelligent Tracking and Recognition) AF system maintain focus on a moving subject with a greater level of consistency. 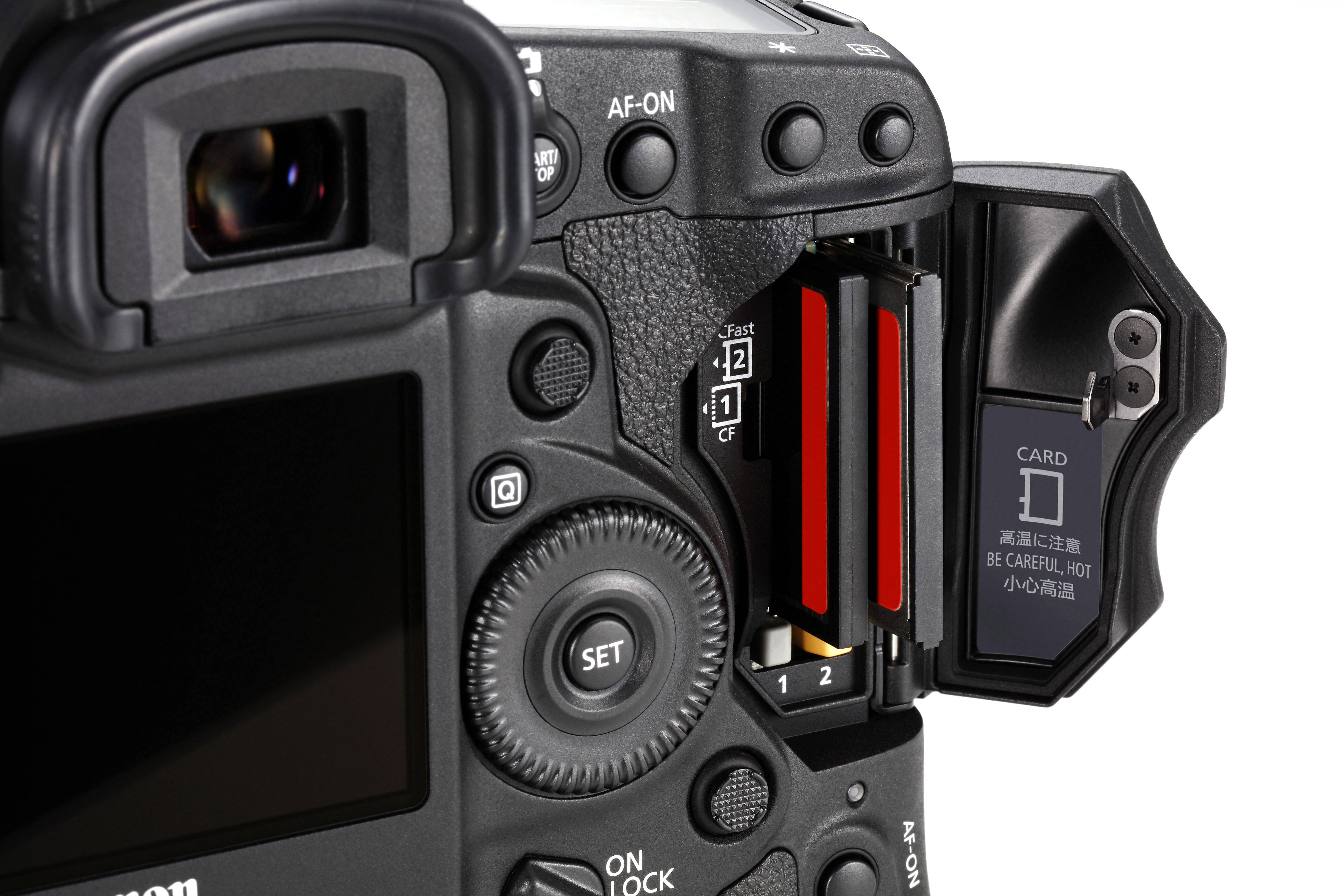 Capture an incredible amount of images and movies with amazing speed

An incredibly capable camera for moviemaking

Thanks to its Dual DIGIC 6+ Image Processors and its advanced sensor, it can capture huge 4K (Motion JPEG) video at up to 60 fps, recording smoothly to CFast™ cards. It's the first EOS camera able to record Full HD video at 120 fps, easily displaying minute details imperceptible to the human eye and ideal for slow-motion video capture. With the camera's new touch panel display, AF points can be easily selected while the camera's rolling, and focus can be quickly confirmed with the EOS-1D X Mark II's 4K still frame grab feature*, wherein an 8.8-Megapixel still image can be selected for review and saved. Low-light performance is improved as well, with video recording at ISOs of up to 12800 in 4K and 25600 in Full HD. The EOS-1D X Mark II also features uncompressed HDMI output for Full HD videos, helping to facilitate video editing with minimal image degradation. Not to mention, it can also save videos as MP4s for easy playback on mobile devices.

With significant improvements in AF operation, the EOS-1D X Mark II camera can be an indispensible and remarkably portable moviemaking tool. Continuous AF, even during 4K recording, is made easy thanks to the EOS-1D X Mark II's Dual Pixel CMOS AF, which is compatible with all Canon EF lenses. Focus points can be selected automatically, or specified on the camera's new touch panel LCD screen. Critical focus throughout the frame can be easily confirmed by enlarging stills grabbed from video recordings. The EOS-1D X Mark II's Movie Servo AF is compatible with all frame rates and resolutions, and can be customized to set tracking sensitivity, AF speed and even Face Tracking priority. These advanced features help make the EOS-1D X Mark II a truly versatile and convenient camera for 4K and Full HD moviemaking. 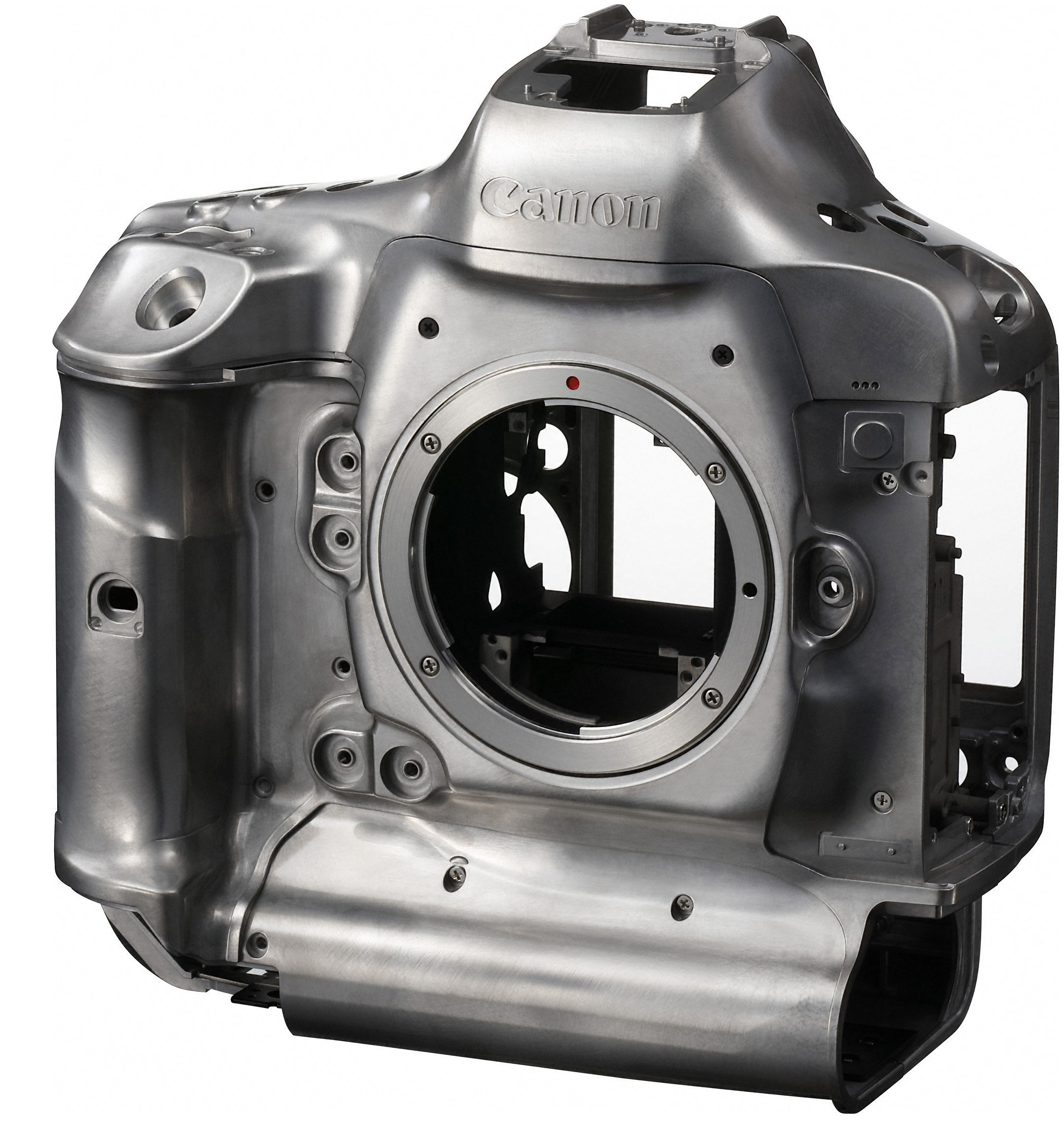 For professionals who demand nothing less than the best, the EOS-1D X Mark II camera is designed to perform superbly even in the most treacherous environments, every time. The body is constructed of rigid, high-strength magnesium alloy for rugged performance and features a grip design for easy finger placement and reduced hand fatigue. Its shutter has lightweight, carbon-fiber blades, and is rated to maintain up to 16 fps performance without compromise, for up to 400,000 cycles. The EOS-1D X Mark II and accessories like the new Wireless File Transmitter WFT-E8A have extensive gasketing for improved dust and water resistance, even at their connection points.

To combat any possible image degradation from lens aberration and diffraction, the EOS-1D X Mark II camera is equipped with a number of in-camera optical correction functions for clear and high-quality images. The EOS-1D X Mark II even stores lens aberration data, helping to eliminate the need to register lens data on previously released lenses, and correcting images with virtually no delay in-camera. The EOS-1D X Mark II not only corrects peripheral brightness and chromatic aberration, but also features distortion correction plus diffraction correction, which has been included for the first time in an EOS camera. Distortion correction helps resolve barrel and pincushion distortions, while diffraction correction virtually eliminates the blurring effects from diffraction that can be created when capturing an image at a small aperture. The camera's Dual DIGIC 6+ Image Processors help ensure these corrections can be made with virtually no effect on operational speed. In-camera RAW processing is also made fast and convenient with Canon's Digital Lens Optimizer, helping to improve image quality and giving photographers the ability to work confidently in more complex environments.

Providing crucial location and time data, GPS has become an indispensible aspect of the professional workflow, especially for professionals who work on location and capture thousands of images each day. The EOS-1D X Mark II camera has GPS* built in, helping photographers and filmmakers not only tag their images with critical location data, but also adjust the time and timestamp on the camera automatically. Thanks to built-in GPS*, and Wi-Fi® connectivity through the optional Wireless File Transmitter WFT-E8A accessory, the EOS-1D X Mark II can use both GPS and WFT (Wireless File Transfer) together, making it easy to upload a great amount of images both quickly and from increasingly far-flung locales. Offering compatibility with American GPS satellites, Russian GLONASS satellites and Japanese quasi-zenith satellites Michibiki, the EOS-1D X Mark II's GPS information is reliably accurate virtually anywhere you go.

This new optional accessory provides both a fast throughput for image uploading and several new features that make dynamic wireless photography simple and fast. It has 5 GHz 802.11ac support for high-speed image transfer, a revamped user interface that enables speedy set-up and configuration of wireless networks and even compatible smartphone connection. Accommodating both iOS* and Android** devices, the Wireless File Transmitter WFT-E8A makes it simple to use a smartphone as a remote control for still and video capture. It can even transfer recorded images back for viewing on the device's screen. The Wireless File Transmitter WFT-E8A is both compact and durable, with excellent dust- and water- resistance for unfettered operation in difficult environments.
* Optional accessory, not included