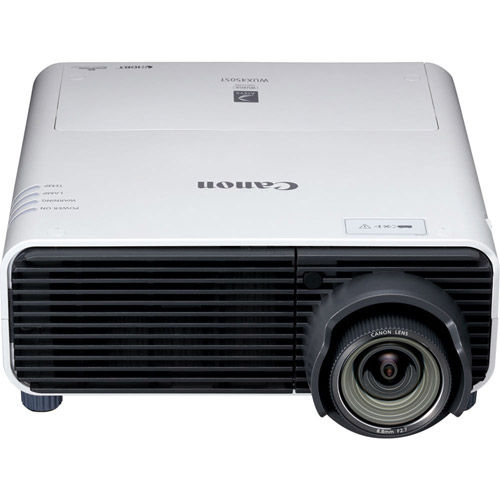 Canon REALiS WUX450ST Pro AV Short T...
$7,399.00 Add to Cart Add to Cart
Add to Wishlist
Web Availability: Special Order
This product will be Special Ordered just for you from the manufacturer. We do not stock this item due to its uniqueness or import schedule. Special Order items are Final Sale, see our Return Policy for details.
Vistek Locations Please call and verify availability at the store as stock changes daily.
Lease this for: $271.54 Learn More

The REALiS WUX450ST Pro AV Short Throw LCOS Projector combines native WUXGA resolution (1920 x 1200), 4500 lumens of brightness, and Canon's LCOS technology with AISYS-enhancement to project bright, highly-detailed/contrasted and color accurate images - all in a compact size (only 13.9 lbs.). The REALiS WUX450ST's short throw ratio of 0.56:1 and 0–75% vertical lens shift help provide exceptional installation flexibility, as does the models HDBaseT™ receiver which allows uncompressed HD video, audio and control signals to be transmitted over one single LAN cable up to a maximum distance of 328ft (100m).

The WUX450ST delivers exceptional image quality thanks to its WUXGA (1920 x 1200) high-resolution and a combination of core advanced optical and image processing technologies including a Genuine Canon Lens, Canon's LCOS Technology with AISYS-enhancement, and an advanced Color Management system.

In addition to the projectors small form factor (13.9 lbs.), 0.56:1 short throw ratio, impressive 0–75% vertical lens shift, and HDBaseT™ compatibility, the WUX450ST features a variety of other advanced optional settings to further maximize installation versatility including 4-point Keystone Correction which allows the corners of the image to be independently adjusted to help ensure optimal image reproduction, and Built-in Edge Blending which enables the projection of one seamless, large image from multiple projectors without the need of special software.

The REALiS WUX450ST offers multiple industry-standard interfaces including HDMI®, DVI-I, USB, RS-232C, and an RJ-45 network port. In addition, it also supports Wi-Fi® which can be used to enhance the WUX450ST's Network Multi Projection (NMPJ) functionality which allows a projector(s) to receive display information from a PC(s) through a network.

This model is a Crestron Connected device, compatible with AMX Device Discovery, and also supports PJLink™ which makes it possible to control and monitor the projector over the network - a feature well suited for observing lamp hours, usage and more.

The REALiS WUX450ST is backed by the Canon Three-Year Projector and Lamp Limited Warranty (120-day lamp coverage), and the Company's award-winning Professional Service & Support, which includes both a Three-Year Advanced Warranty Service Exchange Program and a Service Loaner Program. 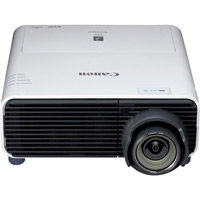