Ignite your passion with Nikon

With a tradition of unrelenting innovation, Nikon has made its Z Series of full-frame mirrorless Z-mount cameras, lenses and accessories accessible to photographers of every level.

Join Vistek and Nikon Canada's Chris Ogonek on April 22nd at 2:00 p.m. EDT for a Nikon Virtual Demo Day live stream Q & A session. This is the perfect opportunity to ask Nikon Experts anything you want about all the latest Nikon Gear, including the new Nikon Z Series cameras!

Best of all, it’s free to attend! 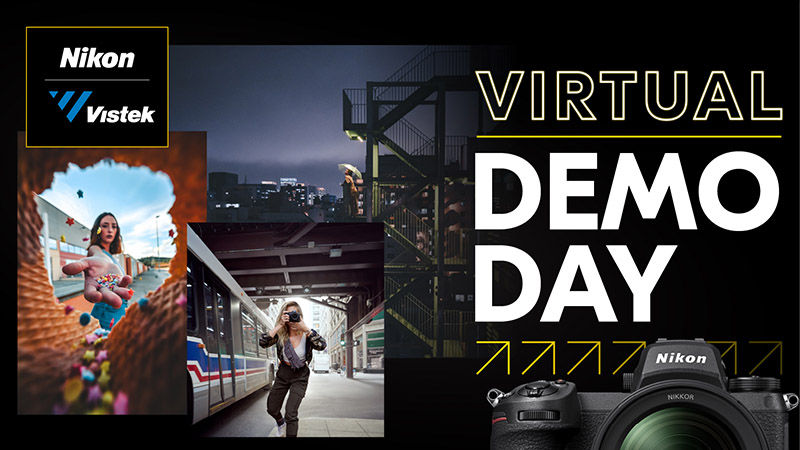 Nikon is proud to announce the development of the Z 9, the first flagship model for the mirrorless Z mount. Bringing together the most exceptional groundbreaking technologies, the Z 9 delivers the best still and video performance in Nikon’s history. Highlighting our commitment to the professionals behind the lens, the Z 9 is designed to help you create the most compelling images. 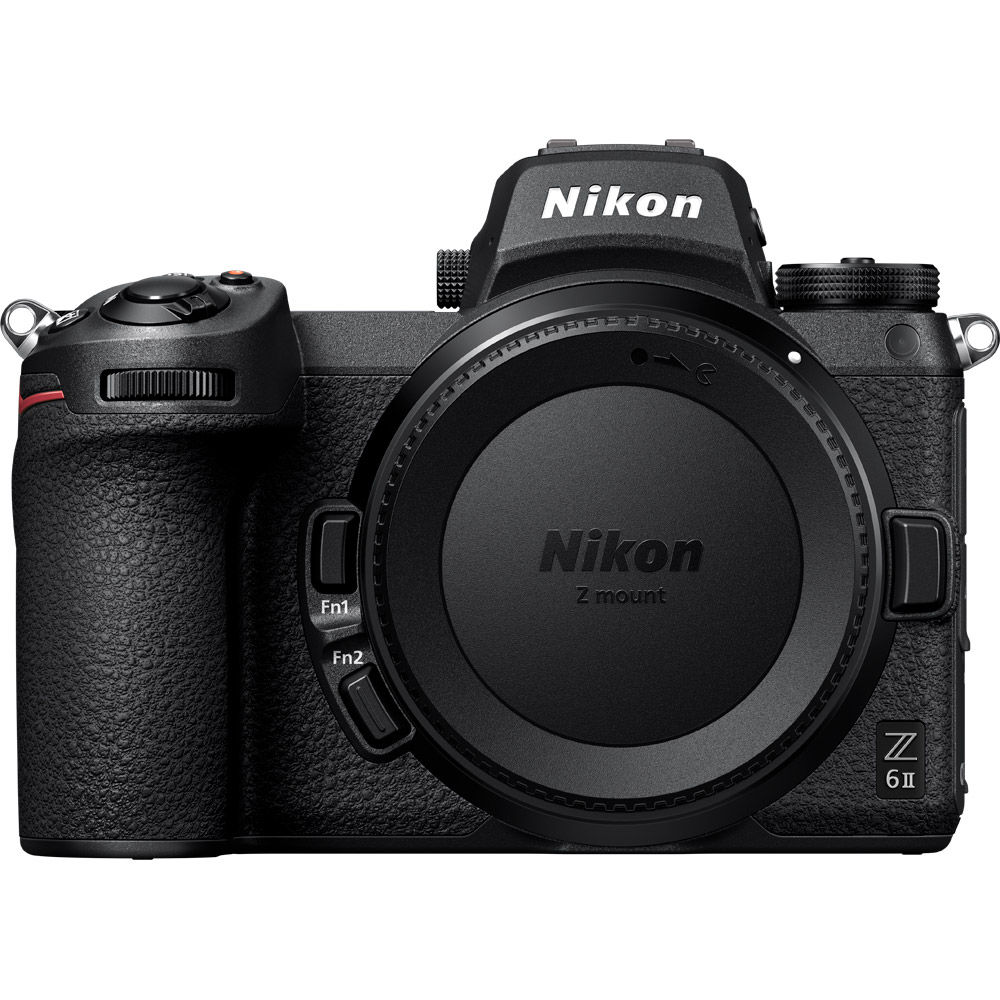 This is what a hybrid still and video mirrorless camera is meant to be. 24.5MP BSI sensor and high-speed shooting with the buffer capacity to match. 4K Ultra HD video at 60p. Outstanding low-light capabilities. Next-generation autofocus. The power of dual processors. Two card slots. Tons of creative features. Flexible power options. Compatibility with a vertical battery grip. Wireless connectivity with smartphones and laptops and so much more.

Many pros have chosen and stuck with either Nikon or Canon over the years despite other brands overtaking market share and innovation. The reason: colour (or color, for our American friends). But what does that mean, exactly. Isn't a taste for "colour" subjective? We dive into some tests, including a using the Nikon Z6II in a real world shoot - to answer the question, does Nikon indeed have the best colours?

Nikon has added dual EXPEED 6 image processors rather than the single EXPEED 6 found on the originals, giving the new cameras a significant boost in both image processing power and burst shooting speed when shooting stills.

This is the full frame mirrorless camera for those who sweat every little detail. There’s the ultra-high resolution of 45.7 megapixels with no optical low-pass filter. The power of dual processors. 4K Ultra HD video at 60p. The next-generation 493-point autofocus system. High-speed shooting with the buffer capacity to match. Two card slots. Tons of creative features. Flexible power options. Compatibility with a vertical battery grip. Wireless connectivity with smartphones and laptops and so much more. 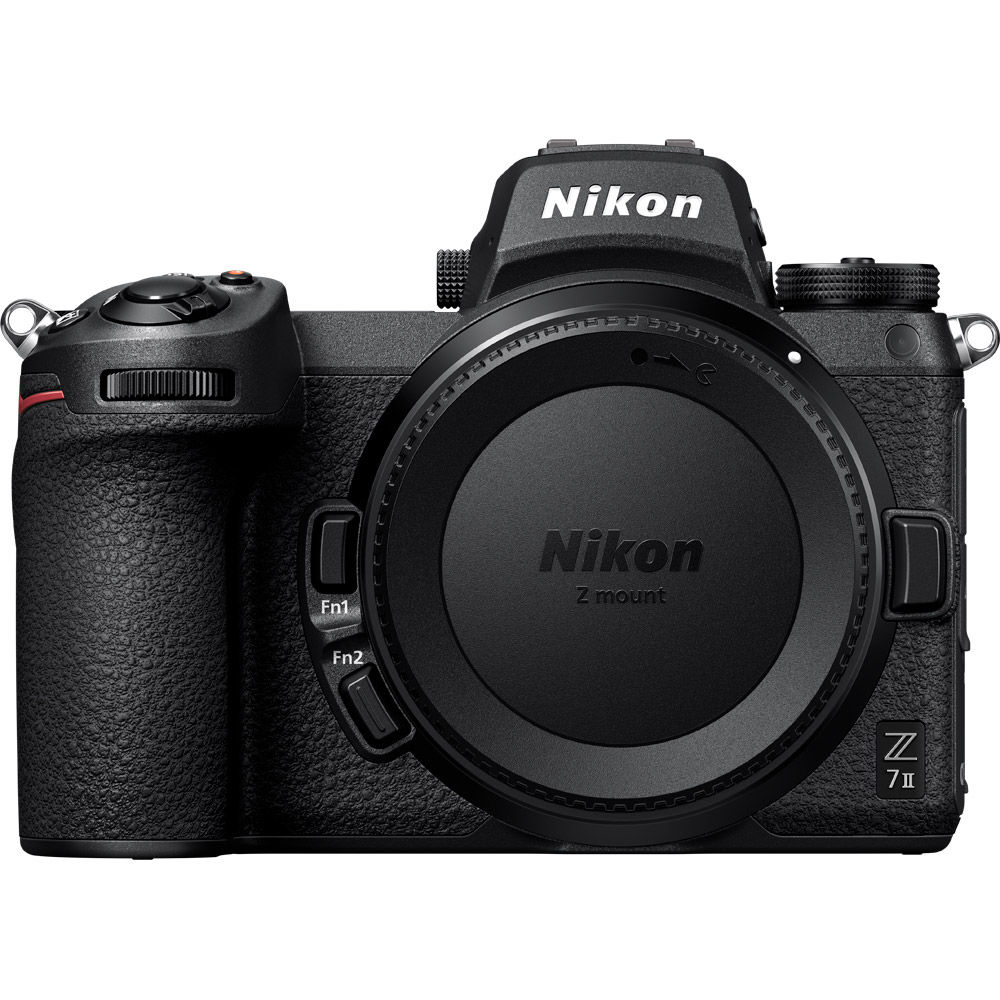 Across France with the Nikon Z7

On a whirlwind two-week trek through a country known for its panoramic vistas and passionate people, we put the Nikon Z7 through its paces. Find out if this camera lives up to its tour-de-force reputation. Includes information about the new Firmware 2.0!

The two  cameras keep the same sensors as found on the previous versions, but feature enhancements in processing power, autofocus and video capabilities.

Nikon has added dual EXPEED 6 image processors rather than the single EXPEED 6 found on the originals, giving the new cameras a significant boost in both image processing power and burst shooting speed when shooting stills.

Nikon has released a firmware update for both the Z6 and Z7 cameras that adds the ability to record Blackmagic RAW externally to a compatible monitor/recorder.

Making photography fun again. "NIKON IMAGE SPACE" is packed with features that let you enjoy your photos in new ways. The result? A fuller life behind the lens.

Immerse yourself in stunning, full-size photography. Don't let anything stand between you and your photos. Full-screen browsing in all its glory, as far into your archives as you like—just scroll the screen to see the next vista. 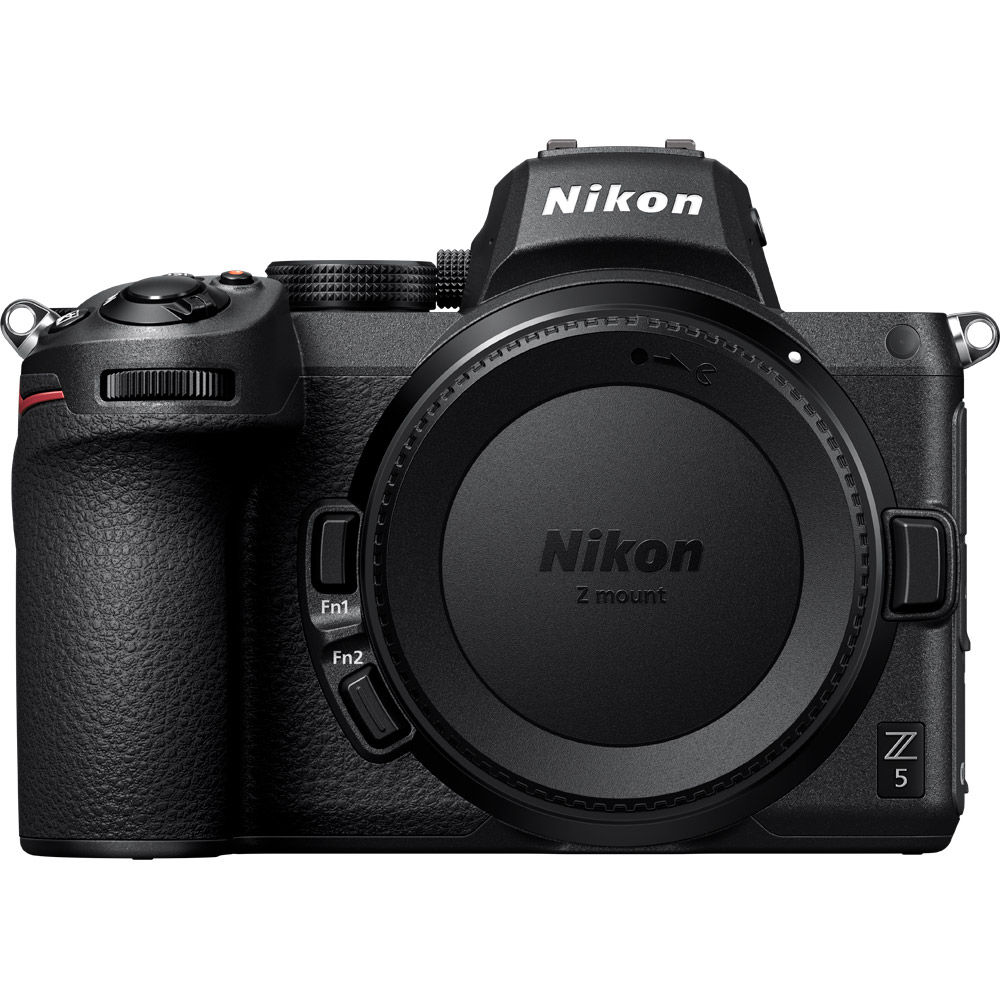 Your full frame journey begins with the Z 5. Simple yet sophisticated, compact yet powerful, the Z 5 is built to grow with you. It’s everything you’d expect from a full frame mirrorless camera—intense detail, expansive views, brilliant low light capabilities, 4K UHD video and more—plus all the innovative tools you need to push the limits of your creativity.

The Z 6 is perhaps the most adaptable camera Nikon has ever created. It’s at the sweet spot of speed, resolution and low-light performance. All combined with the advantages of a lightweight mirrorless design, a revolutionary new full-frame lens mount with matched lenses and seamless integration with Nikon’s DSLR system—including the F-Mount NIKKOR lenses you love. This is mirrorless versatility as only Nikon could create.

Download manuals, software, and firmware for digital cameras and other imaging devices. Before proceeding, read the description, cautions, and download and installation instructions. No downloads are available for products that are not listed.

Meet the Z series mirrorless camera for the rest of us. Insanely small. Tough. Dead simple to use. Connected to your phone. Ready to transform you into a pro-caliber creator. Your followers won’t know what hit ’em. 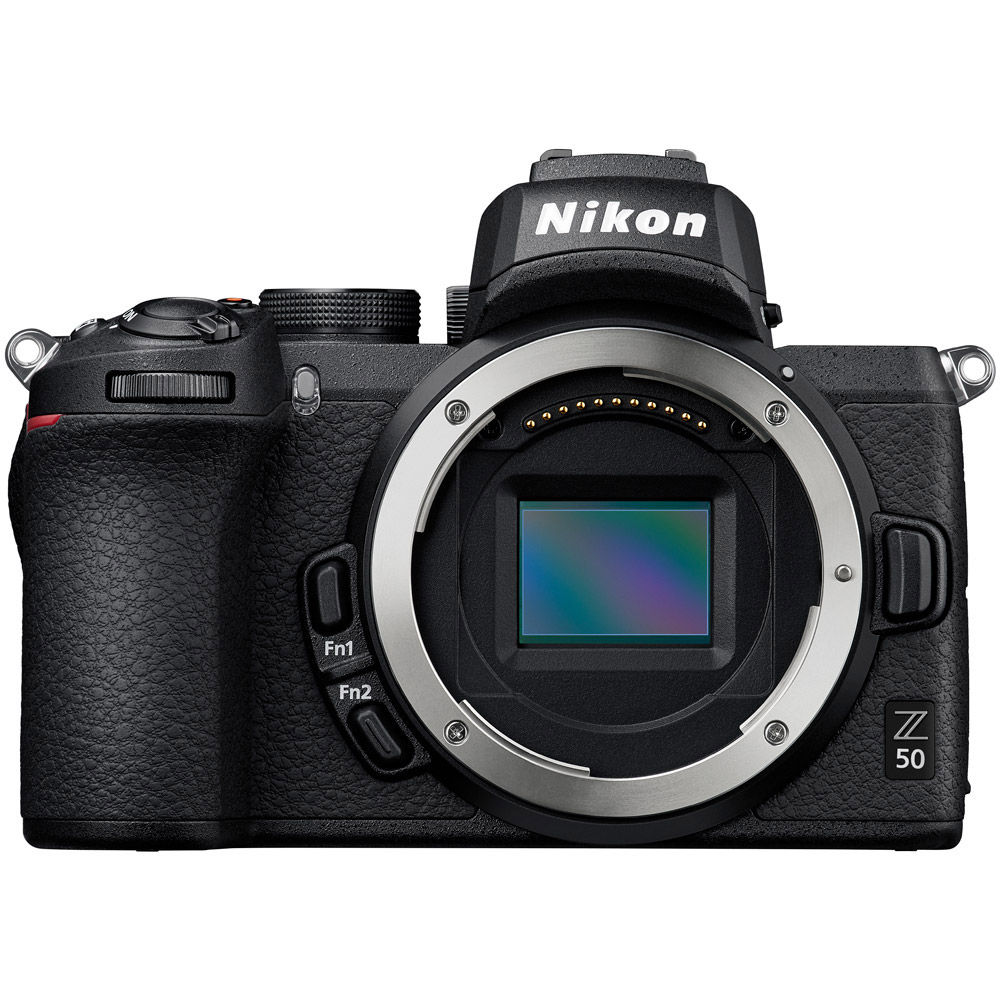 Nikon Webcam Utility: Turn your Nikon Camera into a webcam

The Nikon Webcam Utility for Windows* is now available for download and will work with any Nikon Z Series or other compatible Nikon DSLR camera.

*Note: Nikon does indicate on their website that a Mac version is “coming soon”, although no eta is provided. 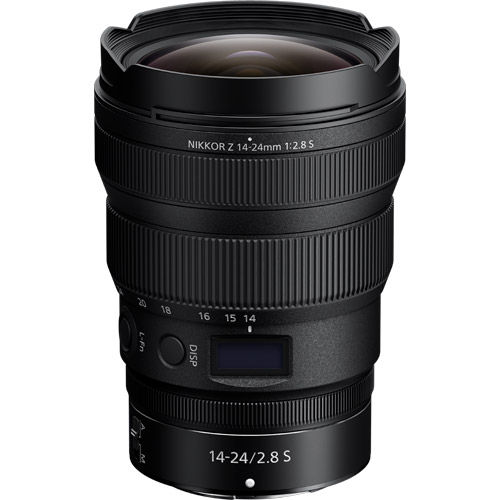 Ultra-wide perspectives that challenge our sense of scale. Clarity that transports you. A level of detail you have to see to believe. All in the shortest, lightest and most versatile 14-24mm f/2.8 constant aperture zoom available.
| Save Buy Now 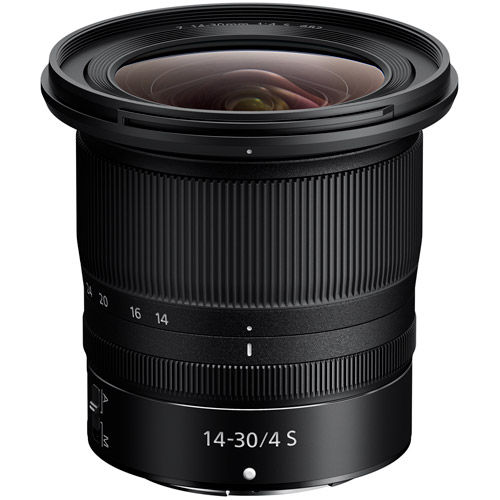 The ultra-wide zoom. A travel and landscape photographers' go-to lens for establishing a sense of place and pushing perspective.
| Save Buy Now 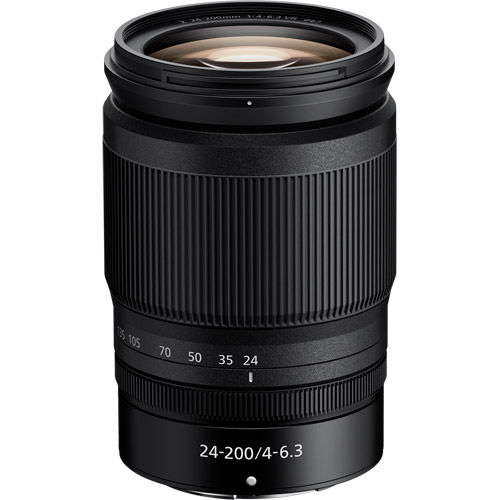 Ready for your next excursion, the full-frame NIKKOR Z 24-200mm f/4-6.3 VR is a versatile all-in-one zoom that covers every shot along the way with remarkable true to life detail.
| Save Buy Now 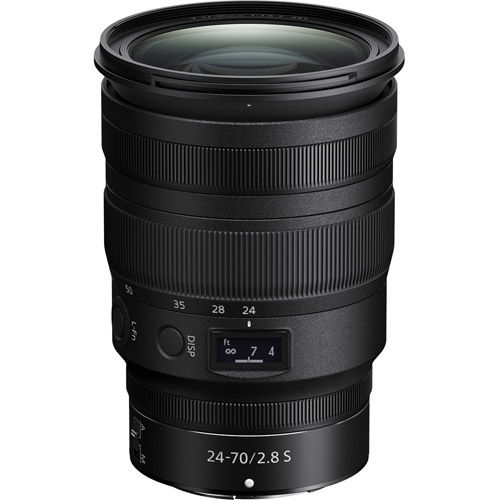 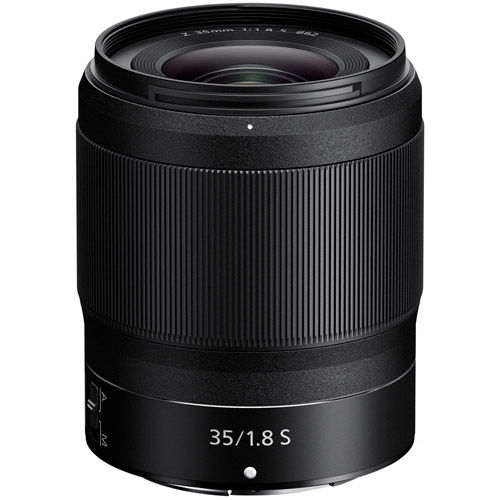 Empowered by the Z system's larger mount, shorter flange distance, raw imaging power, and video capabilities, the NIKKOR Z 35mm f/1.8 S will redefine your perceptions of what an f/1.8 lens can do.
| Save Buy Now 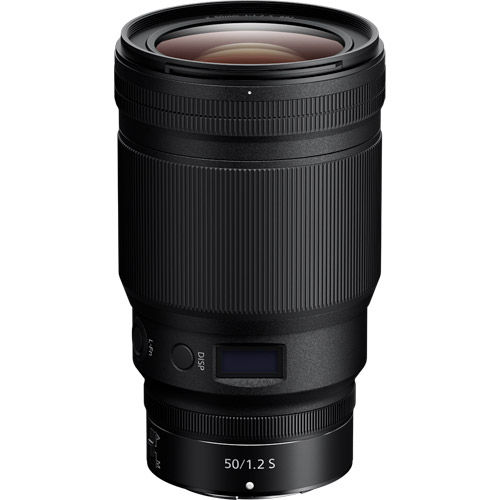 Hone your creative vision with the sharpest, fastest 50mm prime we've ever created. Extraordinary rendering power across the entire frame.
| Save Buy Now 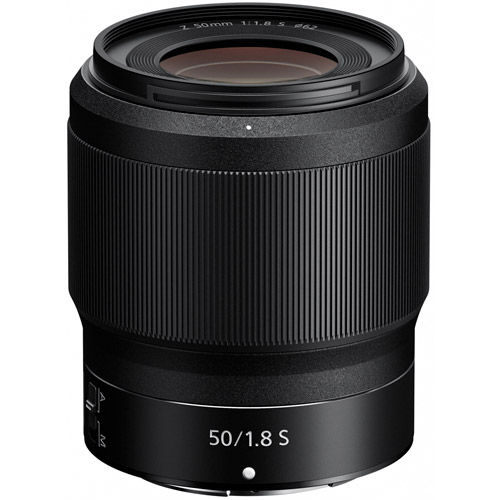 The definition of a "go-to" lens. It should be no surprise that Nikon chose the 50mm to be among the first of a new generation of superb NIKKOR Z lenses. And in doing so, have achieved a 50mm f/1.8 unlike any before it.
| Save Buy Now 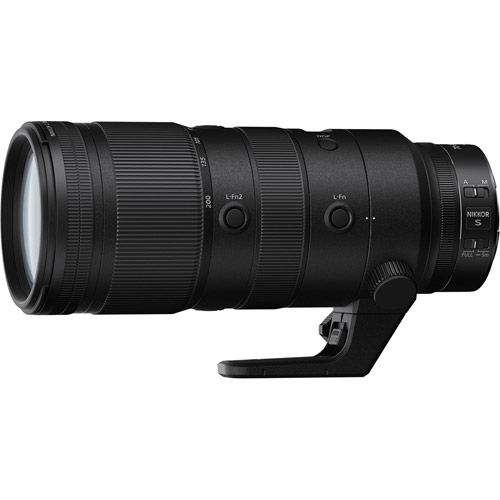 The highly-desirable 70-200mm telephoto zoom has come to the Z series. Sports, concerts, weddings, wildlife, portraiture and so much more.
| Save Buy Now 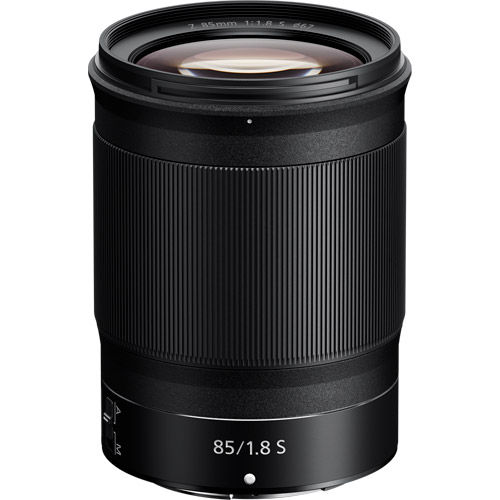 Elevated by advancements of the revolutionary Z mount, the NIKKOR Z 85mm f/1.8 S is a premium S-Line lens that blends optical ingenuity and artistic nuance.
| Save Buy Now 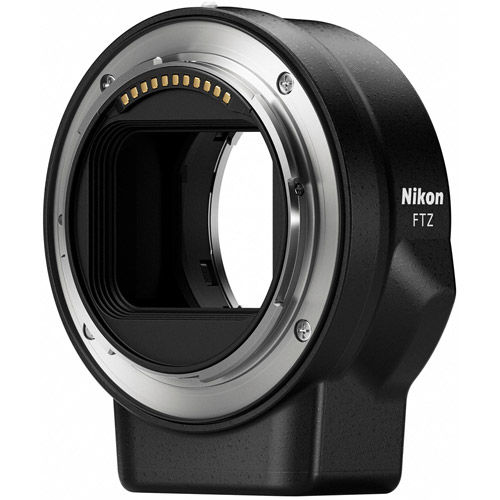 The Mount Adapter FTZ lets you keep shooting the lenses you know and love while also gaining the benefits of the new Z system. The legacy of compatibility continues.
| Save Buy Now 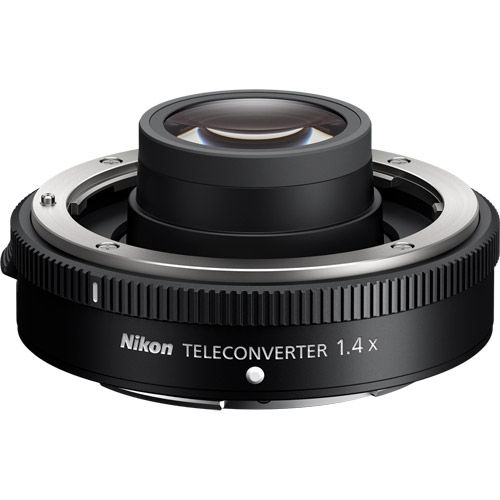 1.4x teleconverter that increases the reach of compatible NIKKOR Z lenses by 40% without any loss of resolution.
| Save Buy Now 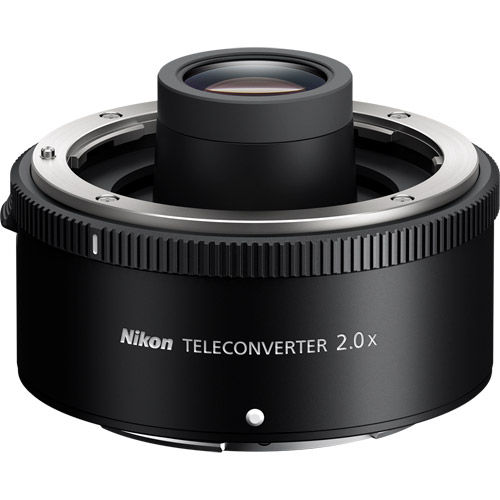 2x teleconverter that doubles the reach of compatible NIKKOR Z lenses without any loss of resolution.
| Save Buy Now

NIKON Z - Complete your kit with all the right accessories and shoot with total confidence. 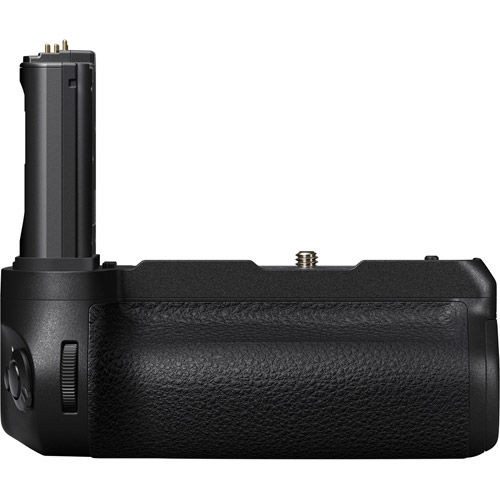 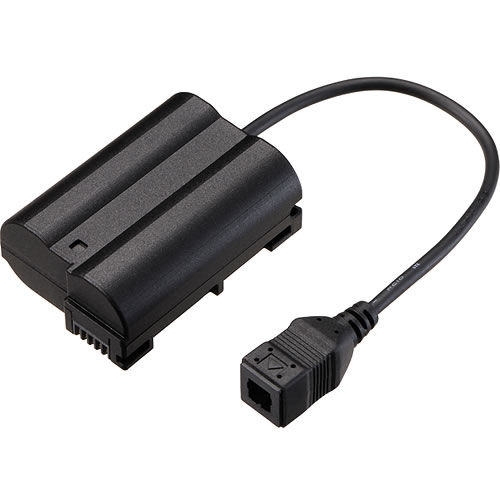 Simply insert the EP-5B into the battery chamber, powering the camera by continuous AC power instead of the EN-EL15 rechargeable battery.
| Save Buy Now 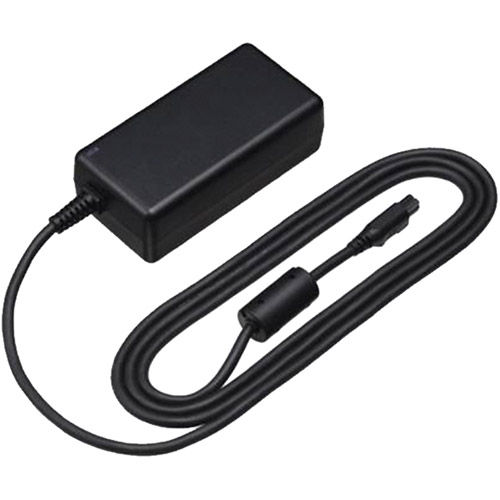 The EH-5d is an optional AC Adapter for select Nikon cameras that can be used to power the camera from a wall outlet.
| Save Buy Now 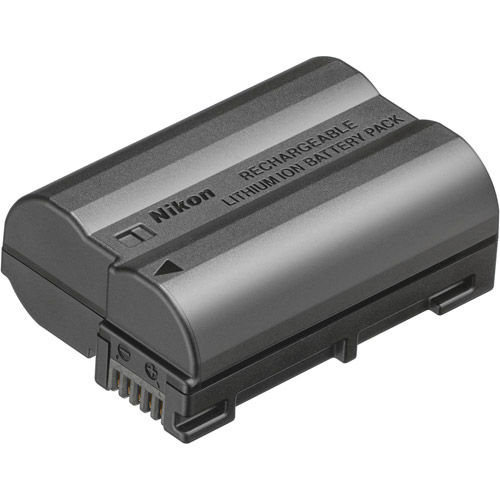 The EN-EL15c is a Rechargeable Lithium-ion battery for use with select Nikon cameras. It can be charged using either the MH-25a battery charger or the EH-7P charging AC adapter.
| Save Buy Now 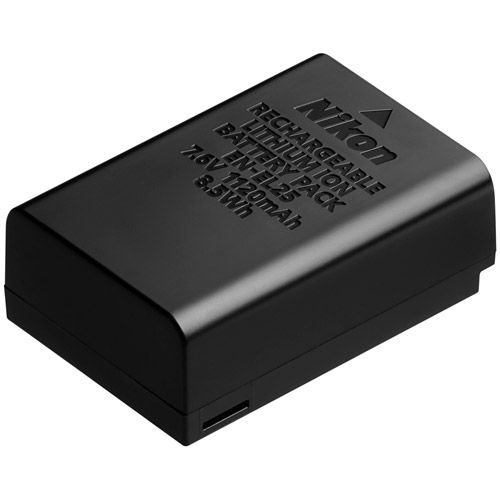 The EN-EL25 is a rechargeable Lithium-ion battery that is used to power specific Nikon digital cameras.
| Save Buy Now 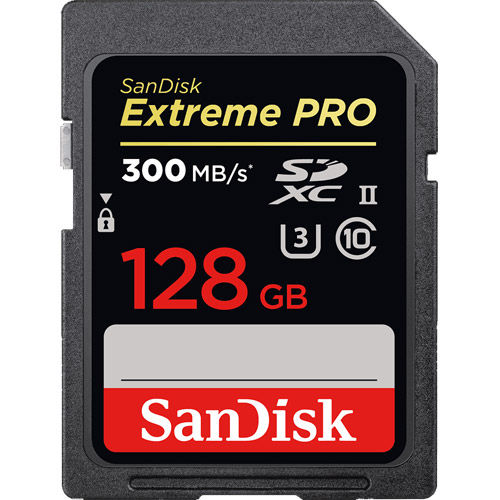 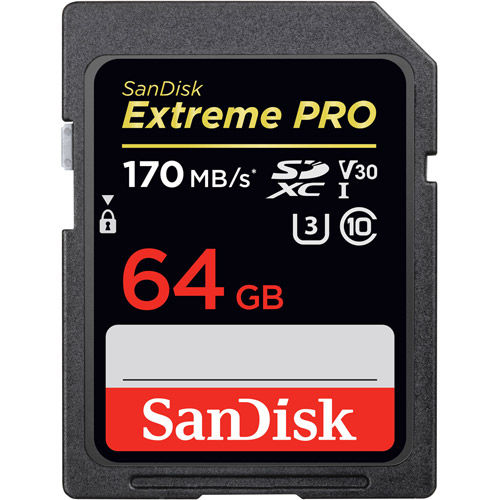 With shot speeds of up to 90MB/s and UHS speed Class 3 (U3) recording, you’re ready to capture stunning high-resolution, stutter-free 4K UHD video.
| Save Buy Now 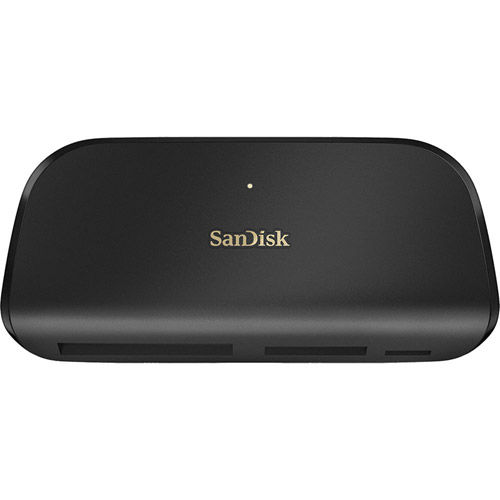 The SanDisk ImageMate® PRO USB-C Multi-Card Reader/Writer works with SD and microSD cards (UHS-II, UHS-I and non-UHS) as well as CompactFlash cards (up to UDMA 7).
| Save Buy Now 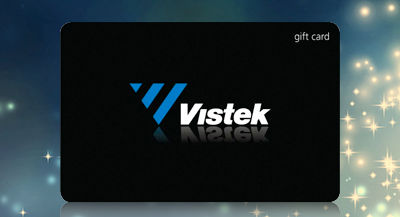 A Vistek Gift Card is a great way to make sure they get just the gift they want.

Great Deals on Overstock, Open Box, Demos and Pre Owned Gear. Vistek guarantees all used equipment for 90 days, so you can purchase with confidence.

Trade in the gear you have, into the gear you want. When you upgrade your equipment, pay tax only on the amount after your trade-in value is deducted!

You earn top marks by securing exclusive low pricing on Student Deals, everything from cameras and lenses to lighting and other essentials.

Suubscribe for Sales, Events and more every Week!