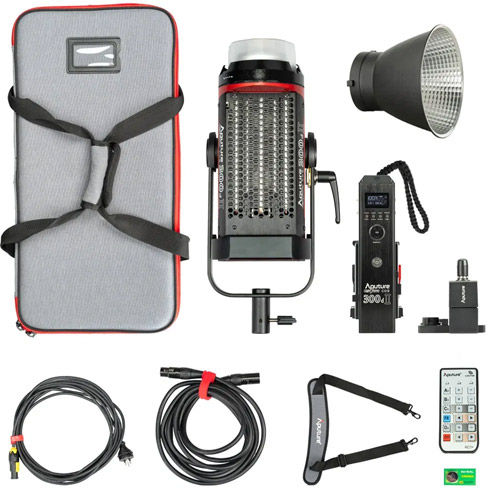 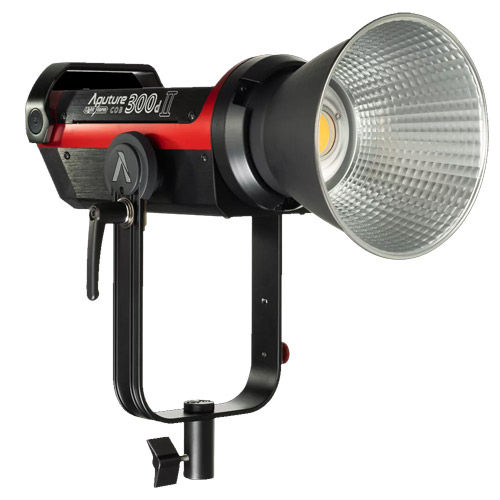 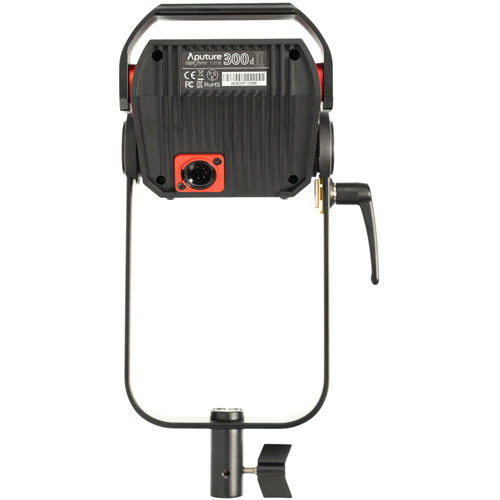 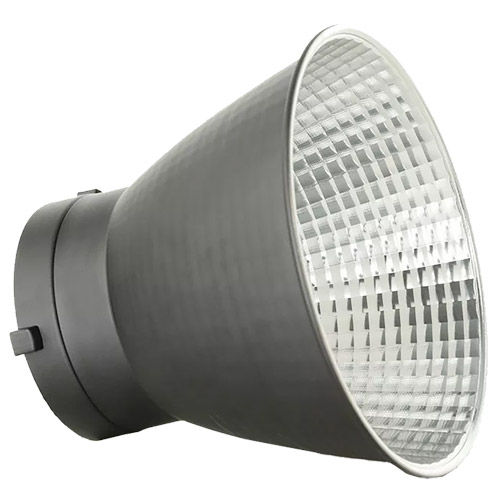 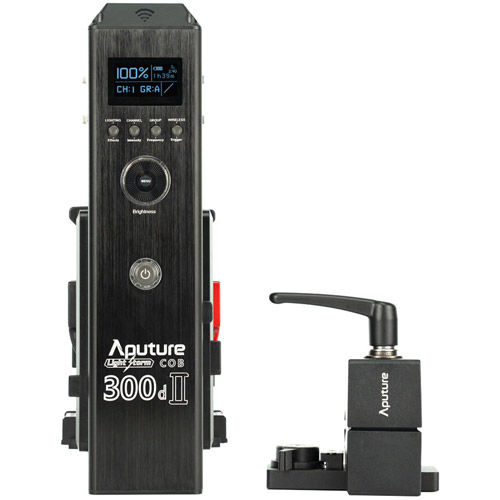 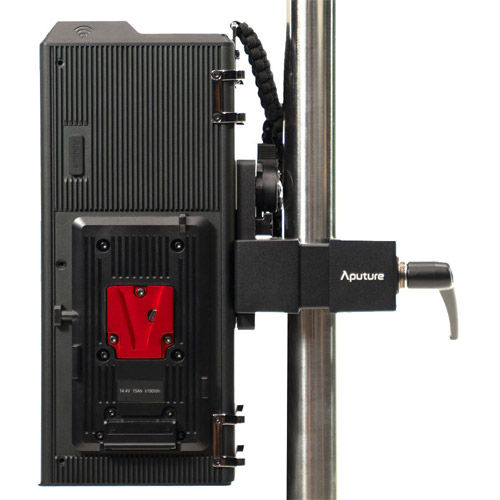 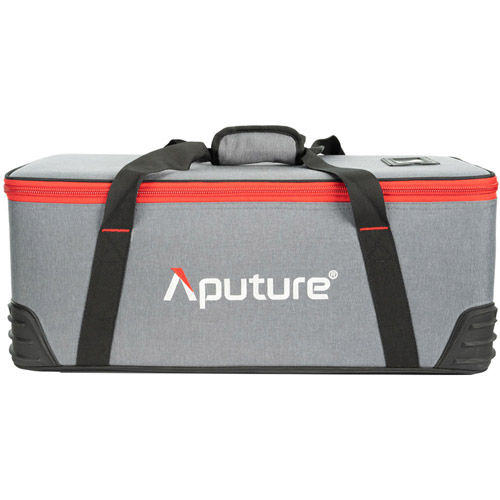 Aputure LS C300d II Daylight LED Light...
$1,299.99 Add to Cart Add to Cart
Add to Wishlist
Web Availability: In Stock
Product is In Stock in our Warehouse or in one of our store locations. We will confirm stock is available and process your order. If the available stock is sold before your order is processed, you will receive an email from us.
In-store or Curbside Pick-up
Vistek Locations Please call and verify availability at the store as stock changes daily.
Rent this for: $100/day Learn More

Two years ago, Aputure revolutionized the industry with the 300d, by creating a powerful and compact LED fixture that could be modified easily. Filmmakers from around the world loved the light’s capabilities, but Aputure knew that it could enhance the light even more. So the company listened and went back to the drawing board. Powered by user feedback, the new and improved 300d Mark II is 20% brighter, more durable, more portable, and more intelligent than the original 300d. Change the way you light.

By utilizing the latest in Aputure COB LED technology, the 300d Mark II outputs a whopping 20% more light than its predecessor. When combined with the Fresnel 2X, the 300d Mark II can produce up to 80,000 lux, approaching the luminance of a 575W HMI. And as always, the 5500K‐balanced 300d Mark II maintains impeccable color fidelity with CRI and TLCI ratings of 96+ and 97+ respectively.

The 300d Mark II is also the first Aputure light to feature the all-new, hyper efficient 55° reflector. By slightly narrowing the beam from 60° to 55° and redesigning the inner shape and coating of the reflector, the company was able to increase the output of the 300d II by more than 3 times, when compared to the original design.

The 300d Mark II also introduces new design features, while maintaining the same form factor and lightweight aircraft aluminum body as the original 300d. The new yoke allows for 360° of rotation, and when combined with the handbrake locking mechanism from the 120d Mark II, you’ll be able to mount the light in any position, with any modifier.

But the real advancement is in the complete redesign of the control box. By utilizing Aputure’s fan‐less heatsink design, the 300d Mark II’s All‐in‐One control box is now completely silent. Composed of a durable aluminum alloy, with a new concealed antenna and military‐grade paracord strap, the control box is ready to withstand the rigor of any film set. The 300d Mark II control box is also the first product to utilize Aputure’s new quick release plate and clamp system, allowing you to firmly secure it on any stand, truss, or speed rail.

The 300d Mark II can produce its maximum output by using two high capacity V‐Mount or Gold Mount batteries, but it also features new technology that allows you to power the light with a single battery at up to half output. You can use this light anywhere your filmmaking takes you.

The included 6m NEUTRIK cable provides the 300d II with a sturdy power connection and allows you the convenience of not having to grab a stinger to power your light. And now, by utilizing a standard 3m male‐to‐female 5‐pin XLR, you can easily replace the header cable in a pinch. An optional 7.5m 5‐pin XLR is also available, letting you keep your control box within arm’s reach while giving you the ability to rig your light anywhere you want, from a menace arm to a tall goalpost rig.

The long‐awaited 0%‐100% stepless dimming control allows you to use the 300d II in low‐light environments or to overpower the sun, and can utilize any of 4 different dimming curves: Linear, Logarithmic, Exponential, and S‐Curve.

The 300d Mark II also features a “studio mode” that allows the lights to turn on and be controlled immediately upon receiving power, making it perfect for DMX lighting grids.

In addition to the control wheel, the 300d Mark II also features DMX512‐compatibility, a new 2.4Ghz Aputure Wireless remote with an FX toggle button, and the ability to be controlled by the Sidus Link App using Aputure's Bluetooth mesh network protocol.

Featuring all‐new Bluetooth SIG mesh network technology, the 300d Mark II will also the first app‐controllable Aputure lighting fixture. This technology will allow you to control a 300d Mark II from up to 400 meters away, by linking multiple lights up to 80 meters apart. Using the Sidus Link app, you’ll be able to access all of the functions of the control box, in addition to being able to save presets, finely tune and trigger additional lighting FX, as well as install firmware updates, all from your smartphone or tablet.

Aputure also made the case with grip trucks and run‐and‐gun filmmakers in mind. The new 300d Mark II carrying case is composed of durable walls with a soft exterior lining that can support up to 100kg, providing both ample protection and a seat for you on set. The bottom of the case is also covered with an easy‐to‐clean, slash‐proof material, letting you rest easy, knowing your 300d Mark II will survive any situation you throw at it. 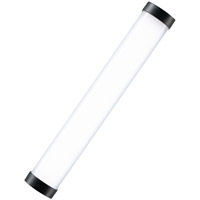 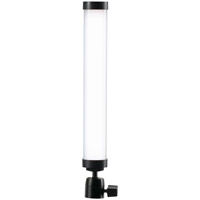 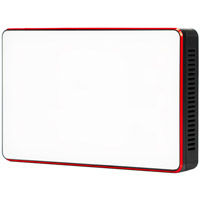 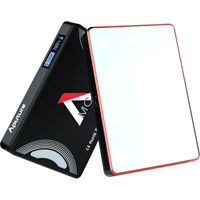 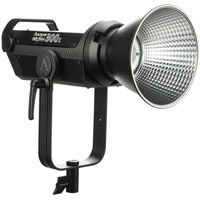 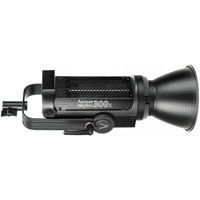 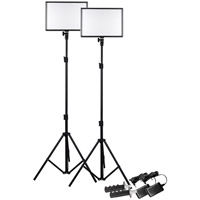 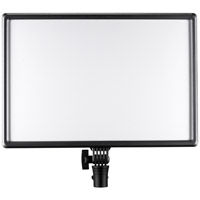 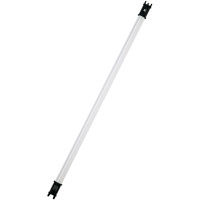 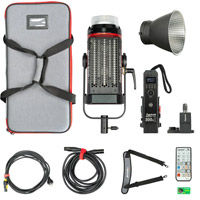 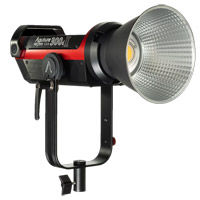 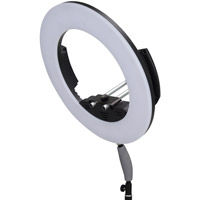 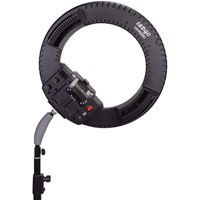 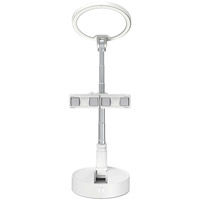 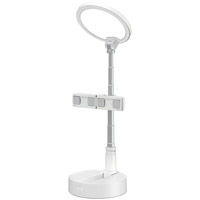 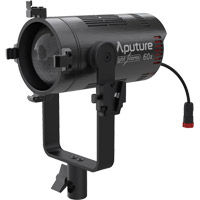