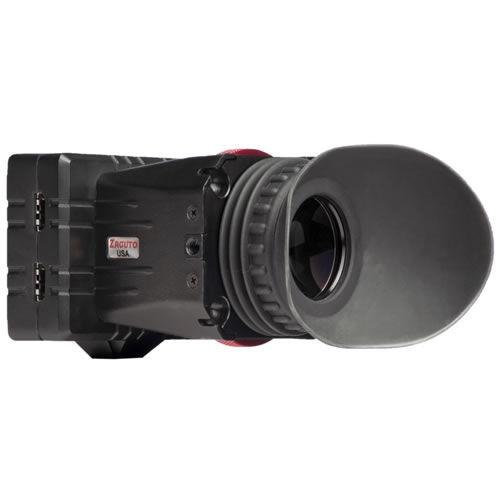 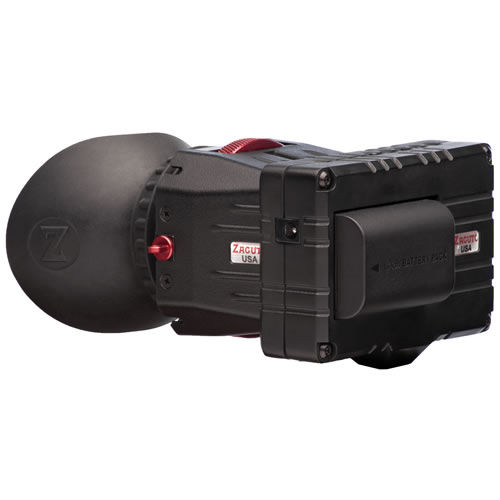 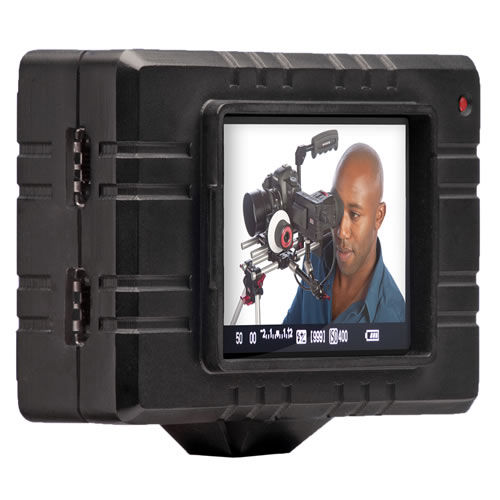 Zacuto has transformed the form factor of DSLR cameras for video with their new EVFs (Electronic Viewfinders). The Zacuto EVF is a 3.2” high resolution monitor that is used in conjunction with all the Z-Finder models. The EVF is compatible with all cameras with an HDMI output including the Panasonic AF-100 and Sony F3. The EVF allows you to operate the DSLR camera - or any camera with an HDMI port - with the most stable and correct form factor for video: with the camera "in-line" to your rod system and your eye in the Z-Finder offset. This is the way all film cameras and ENG video cameras were operated, and Zacuto believes this is the way DSLR cameras should be operated. It will enhance the stability, give you better resolution, allow you to get your eye where it most comfortably needs to be, enable low mode shooting, shorten your camera package, have your EVF in the back of a dolly or crane, detached from the rig for car shots and more. Depending on how you want to shoot depends on where you should position your EVF:

This is a complete EVF. It includes the EVF Snap model and an optical viewfinder, which will snap onto the frame on the monitor. The optical viewfinder contains high quality 2.5x optics with anti-fog shields. The anti-fog is extremely important for reducing fog. It does not have a diopter but will include the Zacuto Z-Finder Extender Frames. The Extender Frames will get the focus close but might not be exact, as you can’t dial it in with a diopter, as you can with Zacuto's Z-Finder Pro models.

Zacuto's EVF 3.2” monitor has higher resolution than DSLR LCD screens. These screens have a resolution of 640×480 on a 3:2 aspect ratio screen. Therefore, you only effectively see the resolution at 640×360 in 16×9. The EVF's resolution is a true 800×480 making the resolution 56% greater than the on-board DSLR camera screens. The Zacuto EVF also has a tighter dot pitch which also improves the quality, allowing you see a much tighter pixel pattern. The EVF also has auto-scaling and uses the entire screen therefore you see no pillar boxing.

All EVFs include a standard hotshoe EVF mount, HDMI cable, rechargeable battery, battery charger, lens cloth and protection case. Additional mounts will be available for purchase; the mount needed will depend on your shooting needs.

Z-Finder EVF! If you are seeing this please upgrade your Flash Player at http://get.adobe.com/flashplayer/