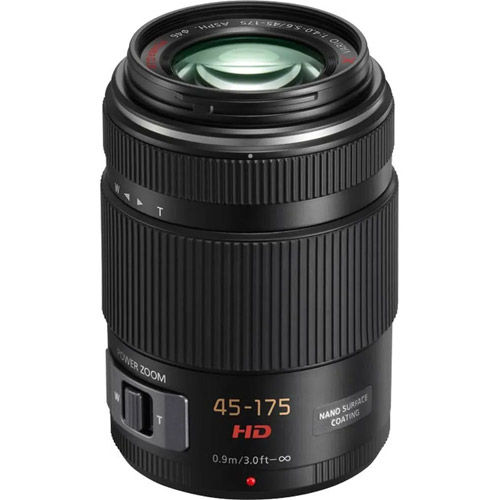 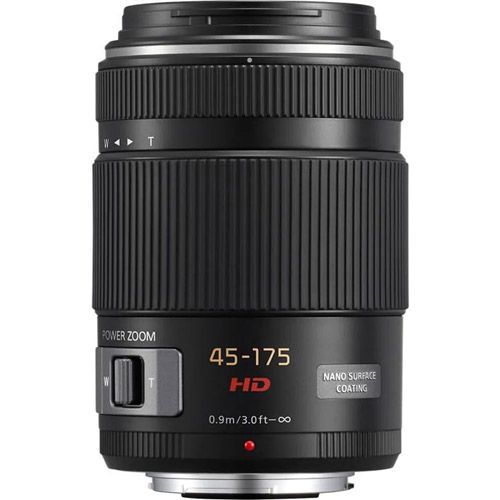 Panasonic Lumix G X Vario PZ 45-175mm f/...
SAVE $50   $599.99 Add to Cart Add to Cart
Add to Wishlist
FREE SHIPPING Available
Web Availability: Special Order
This product will be Special Ordered just for you from the manufacturer. We do not stock this item due to its uniqueness or import schedule. Special Order items are Final Sale, see our Return Policy for details.
Vistek Locations Please call and verify availability at the store as stock changes daily.

Although the LUMIX G X VARIO PZ 45-175mm/F4.0-5.6 ASPH./POWER O.I.S. covers long zoom range from standard to telephoto, it boasts outstanding compactness with approx. 90.0 mm in length and approx. 210g in weight to realize ultra-high mobility. Notably, the astonishingly short overall length is realized by the inclusion of 2 aspherical lenses. The zoom lever allows stable zooming with ease even when shooting moving subject.

The new LUMIX G X VARIO PZ 45-175mm/F4.0-5.6 ASPH./POWER O.I.S. lens offers a versatile zoom range of 45-175 mm (35 mm camera equivalent: 90-350 mm). Notably high contrast and resolution is assured for images shot at its wide-end, which means it is suitable for taking portrait. In addition, subject distant away like sports or wildlife animal can be captured sharply even at tele-end.

The lens system features the inclusion of 2 ED lenses, which suppress chromatic aberration, contributing to high descriptive performance at entire zoom range. Plus, Panasonic's Nano Surface Coating technology is adopted to minimize the reflection at entire visual light range (380nm-780nm) by applying the extra-low refractive index coating with nano-sized structure on the surface of the lens. It results in the super clear picture with dramatic reduction of ghost and flare.

The POWER O.I.S. (Optical Image Stabilizer) which is newly integrated in the LUMIX G X VARIO PZ 45-175mm/F4.0-5.6 ASPH./POWER O.I.S. makes it easy to shoot super clear shots even in low-lit situations such as in night time or indoors. With the improved sensitivity of the gyro sensor, the new POWER O.I.S. suppresses large, slow movement 2x more effectively.

When mounted on the cameras of LUMIX G Micro System, users can take advantage of the contrast AF system and the convenient functions applied from it. Adopting an inner focus system driven by a stepping motor, the superior optical design realizes outstanding smoothness to support the Light Speed AF of approx. 0.15 second. By speeding up the aperture control, shutter time lag is also shortened by approx. 20% compared with the LUMIX G VARIO 45-200mm /F4.0-5.6/MEGA O.I.S. 7 aperture blades consists a circular aperture diaphragm and produces an attractive smoothness in out-of-focus areas even shooting at large aperture. 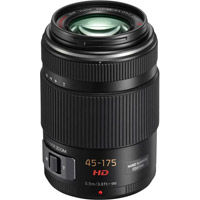 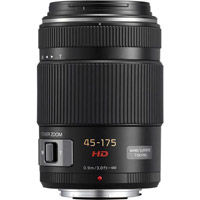