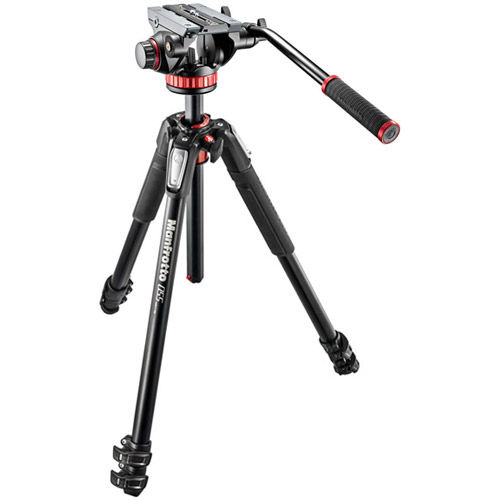 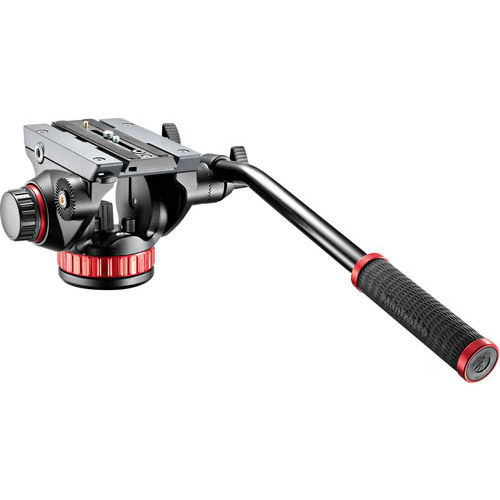 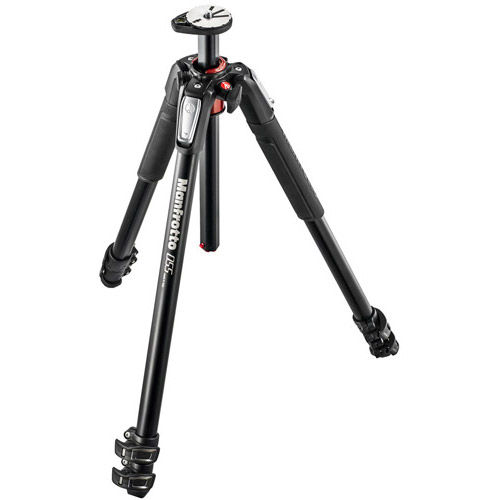 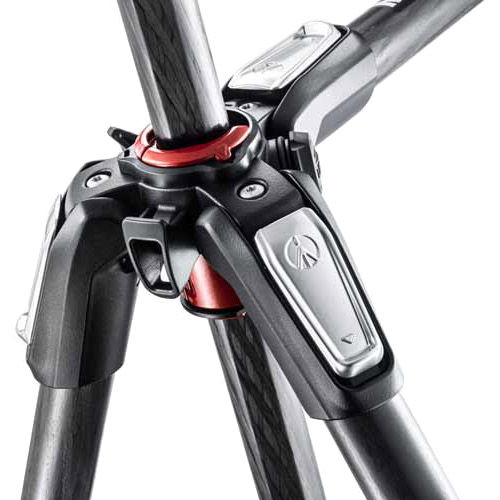 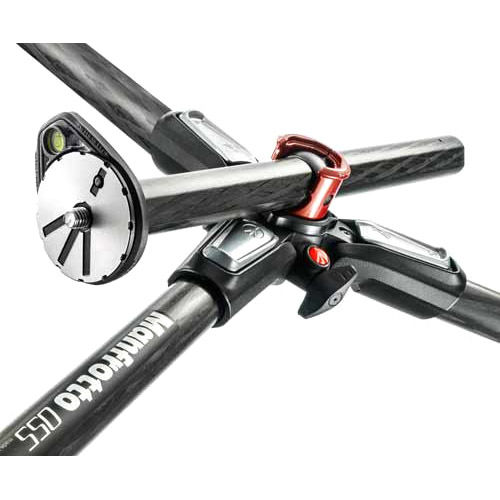 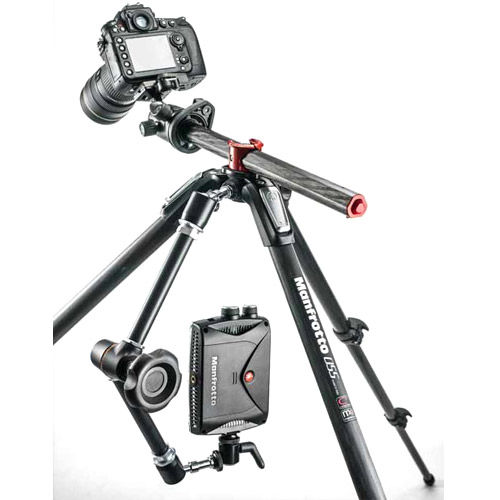 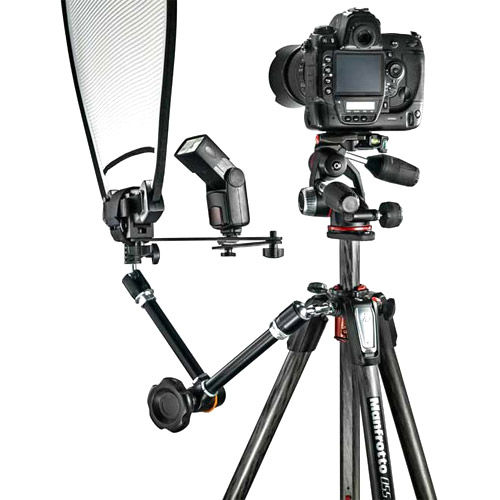 Manfrotto MVK502055X Kit with MVH502AH V...
SAVE $70   $629.99 Add to Cart Add to Cart
Add to Wishlist
Web Availability: In Stock
Product is In Stock in our Warehouse or in one of our store locations. We will confirm stock is available and process your order. If the available stock is sold before your order is processed, you will receive an email from us.
In-store or Curbside Pick-up
Vistek Locations Please call and verify availability at the store as stock changes daily.

The 055 redefines the 3-section aluminium tripod.

Thanks to its size and shape, and to the materials used, the new 055 delivers an unprecedented level of stiffness.

The key feature of the 055XPRO3 is its 90° centre column mechanism, which allows the column to be extended vertically as normal, or horizontally to open up a wide range of framing and shooting possibilities; this makes the 055XPRO3 an extremely versatile tripod, suitable for a wide range of photography and video applications. The horizontal column mechanism is housed within the tripod's top casting for compactness, but it is easily and quickly extended whenever you need it. Switching between vertical and horizontal column orientation requires no disassembly, and can even be done with a camera attached.

The legs of the 055XPRO3 tripod are also fast to extend and adjust, thanks to the Quick Power Lock levers that block and unblock each leg section. The special design of the QPL levers allows a more single-handed opening of all leg sections in one action. QPL’s lever design also offers more powerful locking of each section, meaning the tripod is more stable and rigid than with traditional lever designs. Intuitive and ergonomic leg angle selectors allow each leg to be independently and solidly set to any of the preset angles, again allowing considerable positioning freedom.

A bubble level is built in to the top of the centre column for precise framing. The bubble level rotates freely around the centre column, so it can be positioned wherever it's easiest for you to see it while adjusting the tripod, and without it either being obscured by the mounted head and camera, or getting in the way of head or camera controls.

The top casting of the 055XPRO3 has an Easy Link connector for supporting a photo or video accessory (such as an LED light, flash, reflector, or other piece of equipment) on an extending arm or bracket, and making the tripod into a practical mobile studio.

The 055XPRO3 is made in Italy by Manfrotto

An affordable yet remarkably full-featured professional head that represents an advance over the popular 501HDV, with sturdier construction. It features Manfrotto's patented bridging technology (inherited from the 509HD and 504HD heads). The 502HD is designed for executing cinematic moves with compact camcorders and DSLR video cameras.

The head supports up to 8.8 lb, and its spring-loaded counter balance is set for that weight. The balance plate's 3.27" range allows you to correct for uneven payloads that might be due to matte boxes or exotic DSLR rig configurations.

The bridging technology ensures that the pan friction control is intuitive and easy to set, but also protected against knocks. There are independent locks for pan and tilt, and drag for both is selectable in a continuous range from zero to the max level. This allows you to operate the head in a confident, smooth manner using the included pan bar. 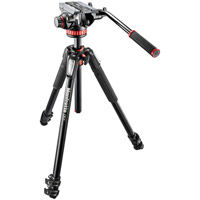 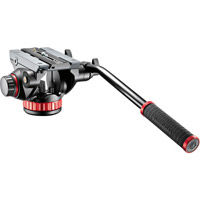 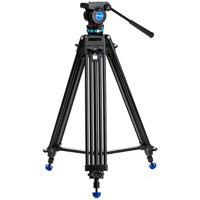 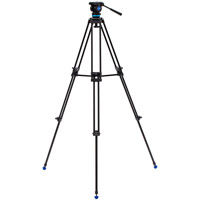 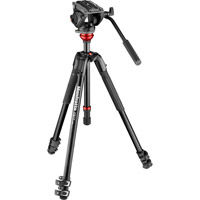 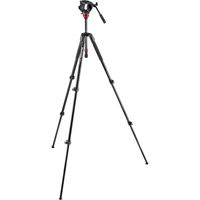 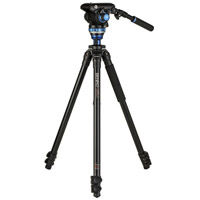 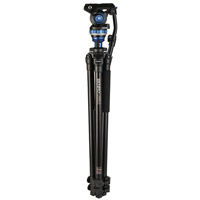 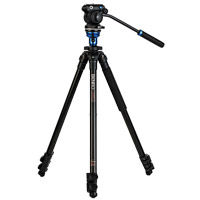 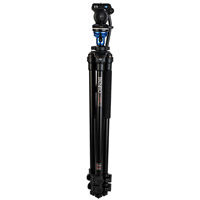 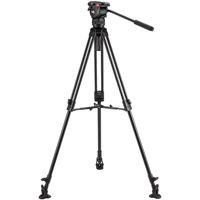 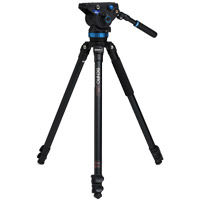 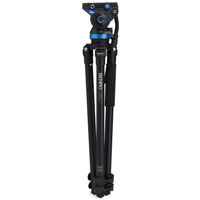 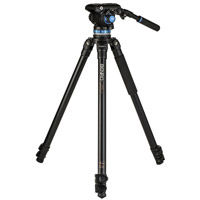 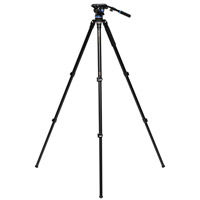 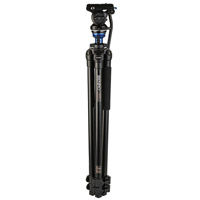